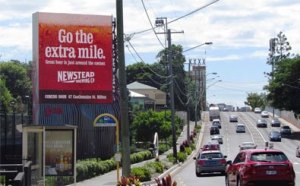 Brisbane’s Newstead Brewing Co. is set to open their second brewpub, directly opposite Suncorp Stadium and only a short distance from the XXXX brewery in Milton.

The new Castlemaine Street venue will open its doors on March 9 for the launch party of Brewsvegas where the official Brewsvegas ’17 beer will also debut.

Newstead Brand Ambassador Darren Magin told Beer & Brewer that while the final fit-out and furnishing of the new venue in time for the launch party will be “right up to the line”, the time had come for the brewery to expand.

“The function room should be able to hold about 100 to 120… the car park itself will be licensed so on a game day we’re looking to house between six and seven hundred people all up,” he said.

“So there’s an internal bar, a front terrace on Castlemaine St overlooking Suncorp Stadium, and then we’ve got a side terraced area as well which is covered.”

With current production of Newstead bottled beer handled by Sydney contract brewers BrewPack, Magin said that the team was excited to bring production back to Brisbane.

“No disrespect to BrewPack of course – they’ve been wonderful for us – but to bring it all back under our own roof and control our own destiny if you like, as well as the production schedule, is just going to be great.”

Newstead have also taken on a new Head Brewer in Kerry Claydon, former head national microbiologist at CUB, in order to ensure that quality control remains “of upmost importance.”

“It’s very cliché but we don’t just want to be banging out good beer or ‘just beer’ like many breweries do, we want to be concentrated on bashing out the best possible beer that we can.”

Magin also revealed that in line with this focus on quality control, Newstead will be making the move from bottles to cans. 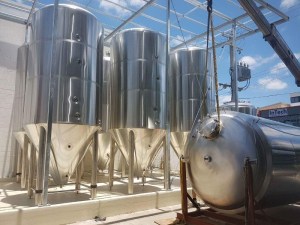 The new Milton brewpub will serve lunch and dinner (“better than your average burger, your average pizza… really kind of appealing pub grub”, said Magin) and will be headed by executive chef Peter Swatton who will oversee both venues.

“The bar itself will have these great big glass windows looking out into the brewery so the brewers can dribble watching everybody eat on the other side of the glass as well,” Magin said.

The venue will also form part of the new Milton Good Beer Trail, described as a “leisurely 1.4km stroll through the semi-industrial wastelands of Milton” that will feature The Scratch, Aether Brewing, Newstead and Brewski.

“You sign up with a $20 ticket and that’ll score you a schooner at each of the four venues,” Magin explained. “Five dollar schooners in this day and age is just ridiculous – I don’t know what we’re doing, we’re giving it away!”

Newstead will also be hosting a number of other events that form part of the Brewsvegas festival, including ‘The Morning After’ on the 12th and ‘Tank to Table’ on the 14th – both at the original Doggett Street brewery – as well as the inaugural Brewsvegas Beerlympics, which will see the new brewery’s carpark transformed into an inflatable obstacle course.