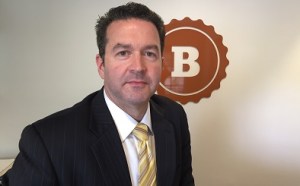 The Board of the Brewers Association of Australia and New Zealand has appointed Brett Heffernan as its new CEO replacing outgoing Executive Director Tim Reardon.

Heffernan, who commenced his role on Monday this week, told Beer & Brewer that he sees a lot of upside for the Brewers Association and the industry overall in positively engaging on major issues.

“There is a great story to be told,” he said. “A long-standing tradition of brewing across the Tasman and making beers that are beloved and celebrated across Australia and New Zealand and, indeed, around the globe.

“As an industry, Australian brewing generates $15.3 billion (2015-16) in economic activity and underpins around 90,000 Australian (FTE) jobs. In fact, for every one person directly employed in Australian brewing there are another 23.7 (FTE) jobs created in the Australian economy. That’s an important contribution and a positive story that needs to be told.

“This is an iconic industry. I’ve been warmly welcomed by the members and I’m really looking forward to the opportunities ahead.”

Heffernan was formerly the Senior Media Advisor to the former Deputy Prime Minister and Leader of The Nationals Warren Truss for five years and before that spent almost a decade with peak industry groups, as the General Manager of Public Affairs for the National Farmers’ Federation and Public Affairs Manager with the Australian Private Hospitals Association.

The Brewers Association represents Australia’s major brewers in legislative and regulatory affairs and is committed to building a positive drinking culture.