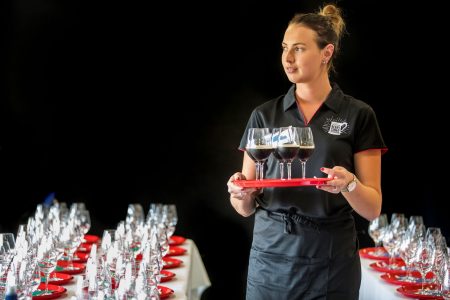 The New World Beer & Cider Awards are back for their fifth year in 2019, with an expanded panel of judges and a new competition format.

An independent judging panel of 24 experts from across the industry – as well as 8 associate judges in training – will put their palates to the test in Wellington in March, sipping their way through hundreds of entries over two days of judging.

The Top 30 beers and ciders will then be rewarded with prime space and promotion in New World stores across New Zealand. The next 70 highest ranked beers will be recognised as ‘Highly Commended’ and form a Top 100 list, to be featured on the New World website.

Beer writer and author Michael Donaldson, who will return as the Chair of Judges, says he’s looking forward to seeing which beers and ciders come out on top in the new format.

“New Zealand is full of great beer and cider-making talent, but that means there is a lot for consumers to choose from and it’s often hard to know where to start. 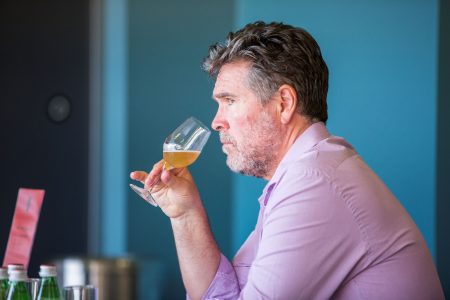 Chair of Judges Michael Donaldson assesses an entry at the New World Beer and Cider Awards 2018.

“Putting the best 30 beers and ciders in the spotlight, with the endorsement of experienced judges, makes it easy for people to explore new products and find a new favourite.

“These awards are an unmatched opportunity for local beer and cider businesses to build their brand and following, with the chance to showcase their product in 135 stores across the country and get in front of thousands of potential new customers.”

A win in the Awards can also provide a boost to new businesses, as Fortune Favours – who struck gold in 2018 with their American Amber Ale ‘The Oregonian’ – can attest to.

“Fortune Favours was only a few months old at the time and we entered with some of our very first batches of packaged beer. The win was a massive achievement and helped make so many more people aware of our brewery and our beers.”

The competition is open to breweries and cidermakers of any size from around New Zealand and the world. Entrants do not need to be an existing New World or Foodstuffs supplier to enter, but must be able to reach the minimum stock requirements set for each class.

Entries close on Friday 15 February – details here. The Top 100 results will be released later in 2019.