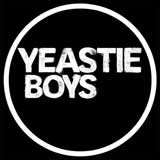 Craft brewing wunderkinds from New Zealand, the Yeastie Boys, have announced that their award-winning beers will now be distributed exclusively in throughout NZ by distributors Federal Merchants & Co.The new deal kicked off on 1 May 2014, and is aimed at widening the availability of the Yeastie Boys’ brews around NZ.

“We’ve just unlocked the potential for a massive jump in beer production, through our brewing partners at Invercargill Brewery, so it made perfect sense that we looked seriously about how we best got that beer to the people who’ve been asking for them for so long,” said Yeastie Boys directive creator Sam Possenniskie. “Federal Merchants have been chatting to us for about a year now, we’ve got to know each other pretty well, and have developed a great respect for what each other do. We’re ready to consummate the relationship – I guess it’s like friends who get to know each other before becoming lovers.”

“BeerNZ have been an integral part of the Yeastie Boys story… being great friends and having sold every one of our releases since day one,” said Sam, referring to their former distributors. “Although it’s somewhat sad to move on, we’re immensely excited about the future, and we’re sure to remain great friends with Craig Bowen and his BeerNZ team who continue to distribute a great range of beer.”

“It is important for us to acknowledge what a fantastic journey we’ve had with BeerNZ over these last five years,” Sam continued. “Together we’ve seen the craft beer scene grow from something that felt no bigger than a monthly book club meeting to one of the most exciting scenes of any industry in the country. In the next five to ten years we are going to see it become the mainstream.”