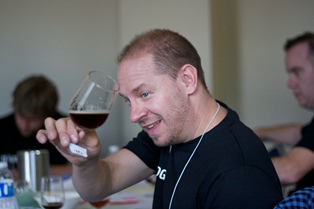 The inaugural Craft Beer Awards presentation ceremony will be held at the Giant Dwarf Theatre in Redfern tomorrow night (24 October).

Judging for the awards was held earlier this week with senior judge Brendan Varis, who is head brewer at Feral Brewing Co.,and a director of theCraft Beer Industry Association, impressed with the standard of entries.

“I’ve been fortunate enough to judge at beer competitions around the world and the Craft Beer Awards, the largest ever competition for Australian craft beer, has delivered beers equal to anything I have seen in any other competition,” he said.

Beer lovers will get the chance to rub shoulders with the best of the nation’s brewers as the awards are handed out tomorrow night. Guests will be able to sample from a wide range of the 280 beers thatwere entered into the awards.

Dining for the evening will be provided by Food Rascal’s David O’Brien, formerly executive chef with Merivale. O’Brien will be presenting a range of canapés and a BBQ serving Ranges Valley Wagyu brisket and Kurobuta pork-shoulder rolls.

Tickets are $95 and are available here.