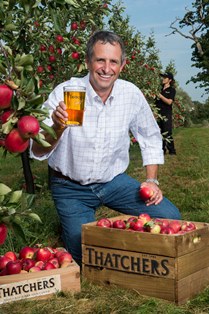 An English cider has taken out `Best in Show’ at this year’s Australian Cider Awards.

Thatchers Gold Cider, which is kegged by Coopers Brewery and distributed in Australia by both Coopers and Premium Beverages, was celebrated at a gala ceremony attended by more than 100 industry members from around Australia and overseas at the Kelvin Club in Melbourne’s CBD.

“The Best in Show was chosen by the judging panel as it showed complex spiced apple characters and aromas with some development – a lovely example of a medium cider in the traditional style,” said Baldwin.

A record number of Australian entries were received this year, over 10 per cent more than last year – with almost 150 entries in total across 17 categories.

“The cider category in Australia is continuing to show strong growth, as is the quality of many locally produced ciders which is great news for cider drinkers,” said Cider Australia president Sam Reid.