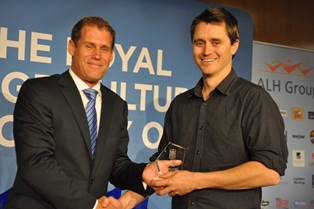 A record number of judged entries, with 437 submitted by 114 exhibitors, made it a tough competition at the recent Perth Royal Beer Show. However,Mash Brewing andThe Monk Brewery& Kitchen managed to triumph, each securing three trophies.

“The standard of the entries continue to improve year on year. The great thing we saw with this year’s competition was a good 10 per cent increase in medals awarded across the board, which proves the entries themselves are achieving much higher quality expectations,” he said.