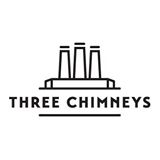 The coastal city of Wollongong, south of Sydney, has a new craft beer venue – but this one has a significant difference to the small bar scene that is flourishing around the country.

Three Chimneys is the brainchild of Shane Jaque and Brad Davies, and features not only a ten tap line-up of craft beers from around Australia, but also an in-house artisan bread bakery, and an in-house coffee roasting operation as well.

The venue will be open for breakfast and lunch, with the kitchen serving up “Mod Oz” style cuisine into the evenings on Thursday, Friday and Saturday nights. For more info, check out the Three Chimneys Facebook page.