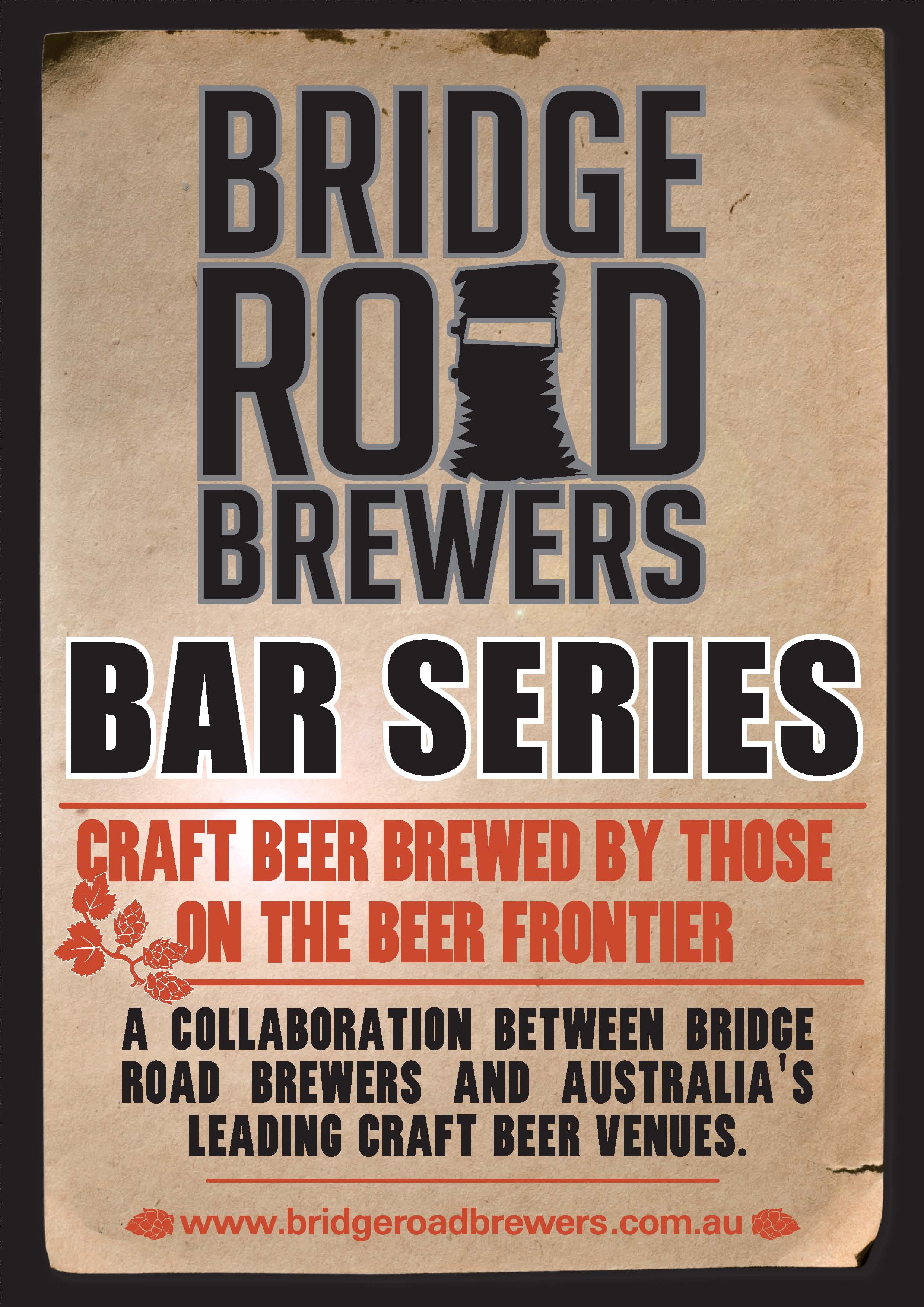 Flying under the radar, Bridge Road Brewers has been slaving away at its collaboration series with Australia’s top beer venues – The Bar Series – and it’s proving to be very successful.

In the series, each participating venue was invited to design a beer that reflected the venue and its patrons, before the venue staff were invited to experience, firsthand, the creation of their masterpiece.

Each beer is on sale in the venue it is dedicated to as well as being available in limited quantities elsewhere.