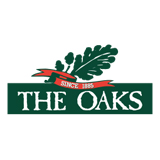 The Oaks Hotel in the salubrious Sydney suburb of Neutral Bay has launched a series of events aimed at bringing the best in beer and produce from six states around Australia, directly to patrons.

Kicking off in February, Six States of Beer will showcase Australia’s best craft beers and produce – and Victoria is first state out of the blocks on 13-14 February, with Beer, Bites and Beats.

Event 2, Tasmania “Beer and Cheese” will take place on 16 April, followed by WA “Beer and Chocolate” on 18 June, NSW “Beer and Pork” on 13 August, QLD “Beer and Seafood” on 15 October and finishing up with the SA “Beer vs Wine” showdown on 10 December.

Tickets are $60 per event, or you can buy a ‘national passport’ to all six evenings for $250. The price includes entry, a selection of craft beers and a canapé menu that has been put together using the best produce that Victoria has to offer.

For more info, check out the Oaks Hotel website.