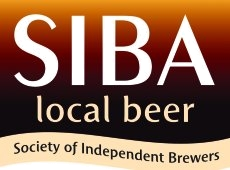 SIBA chairman Keith Bott today delivered a pre-Budget call to action to some 200 brewers gathered for the organisation’s annual conference in Stratford-upon-Avon.

Echoing the message of SIBA’s newly-launched film ‘Proud of British Beer’, Bott said, “The current beer taxation regime is causing irreparable harm to the British pub and, as they are our main route to market, it also threatens to damage the local brewing industry.”

He continued, “The Treasury tell us their beer duty escalator is ‘baked in’. I say it is half baked! Continuing to make draught beer, drunk in the socially responsible environment of the pub, more highly taxed, will serve only to increase purchases of cheap vodka for unsupervised home consumption. To quote from our film – stop the duty increases, show some pride in British beer.”

Bott again accused the government of a lack of ‘joined up thinking’ in its approach to beer and pubs. “Local brewers are just the kind of business this government has been saying it wants to see succeed: they create jobs for local people, contribute to the local and wider British economy by using home-grown ingredients such as barley, and have impeccable environmental credentials. Progressive Beer Duty has helped to create our young and vibrant industry and for that we are grateful.

“However, the government seems not to recognise the importance of the local pub, which supports and is supported by, local brewers. Pubs cannot continue to shoulder the ever-increasing duty increases in the current economic climate. Closures are already running at 29 a week and a further rise in the Budget would spell the end for many more.”

On the subject of Progressive Beer Duty, Bott reiterated SIBA’s determination to preserve this fiscal measure, which helps smaller brewers to compete with larger players in a competitive market. According to SIBA’s recent Local Brewing Industry Report, brewers in receipt of duty relief last year used it to build a sustainable business – increasing brewery capacity, installing new equipment, marketing and recruitment. In 2010, SIBA members hired an average of one new member of staff each, a signal of their optimism about and investment in the future.

Bott concluded, “Everyone who is proud to brew or sell British beer must want the duty escalator removed, and soon. I urge you all to do whatever you can to get our message heard loud and clear by the politicians who have it in their power to stop the tax and stop the decimation of our industry.”

Do you love CRAFT BEER?

Watch the SIBAvideo below and head to our forums to discuss our own Beer Excise Tax issues at this location.

Proud of British Beer from Society of Independent Brewers on Vimeo.