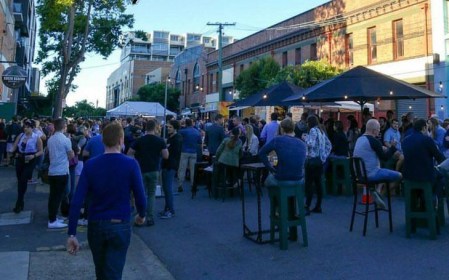 Brisbane’s Green Beacon Brewing Co. will be shutting down Helen Street in Teneriffe for a ‘Seafood Block Party’ on Saturday 25 November.

According to Green Beacon, this year’s ‘Salty Days – Green Beacon Seafood Block Party’, held from 11am-8pm, will be bigger and better than ever before.

Local acoustic artists will perform throughout the day, and once the block party is finished and the sun has set, DJ El Norto will keep the party vibes flowing inside the brewery.

Punters can also test their skills on the Bucking Bull, with prizes to be won for those who endure its thrashing and stay on the longest.

Green Beacon will also be posting a competition to win a $250 bar tab on the day – so keep an eye on the brewery’s Facebook page. To sweeten the deal, the event is free entry and will also be cashless, so remember your credit card.

The brewery also recently released its popular 7 Bells Passionfruit Gose, known for its vibrant fruit flavour and refreshingly tart finish, in can format. The new cans are available in QLD, NSW, VIC, SA and WA. 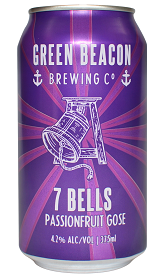