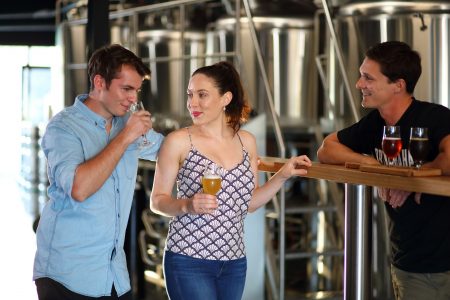 The inaugural Sunshine Coast Craft Beer and Cider Festival will debut on 25 November, showcasing over 160 beers and ciders from brewers around Australia and New Zealand.

In recent years, the Sunshine Coast has developed a strong network of quality craft beer producers, with brewers such as Moffat Beach Brewing Co. and Brouhaha winning national acclaim for their brews.

“Our local craft brewers in the Sunshine Coast are already attracting national attention, and we’re extremely excited to include them with other outstanding independent brewers from all over Australia,” she said.

“It makes it the perfect time to introduce a craft beer and cider festival to the region. We have had phenomenal interest from brewers to participate and I’m sure that both Sunshine Coast locals and those visiting the region for the event will be pleased to taste such a rich variety of quality brews on the day.”

Festival organisers say the event will be relaxed and family friendly, with live music all day, competitions, food pairing demonstrations, meet the brewer sessions, and even a roving circus.

For more information about the Festival (and to buy tickets) click here.