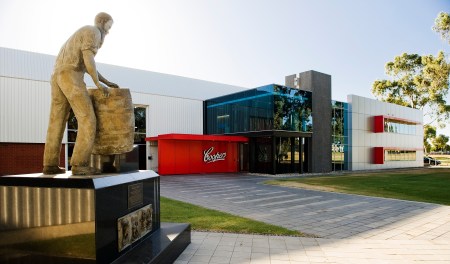 South Australian brewer Coopers has launched its biggest share buyback scheme in 10 years, valuing the company at more than $436m.

The family-owned brewery is aiming to buy back eight per cent of the company, at a price of $375 per share, according to a report in The Australian newspaper.

This will be the seventh buyback scheme run by Coopers since 2006, with the price being offered to around 150 shareholders in the company. Each of these is a direct descendant of Coopers founder Thomas Cooper, but the company structure means that they are only able to sell the shares to other shareholders.

In 2005 Lion launched a takeover bid for Coopers, which valued the company at $420m, a move which Dr Tim Cooper told TheShout, had been “a big waste of money”. He also said that the advice they received at the time was that no other companies would come near Coopers again, “because they realise how hard it was for Lion Nathan”.

The financial structure of Coopers limits share trading to within the family, which has helped in fending off takeovers. Chairman Glenn Cooper said: “Are we takeover-proof? You can’t say you’re totally takeover-proof, but we’re in a stronger position. For Coopers to be taken over, 75 per cent of shareholders have to vote to reverse that clause – so we’re in a pretty good position.”

Don’t forget to cast your votes in the Beer & Brewer People’s Choice Awards.