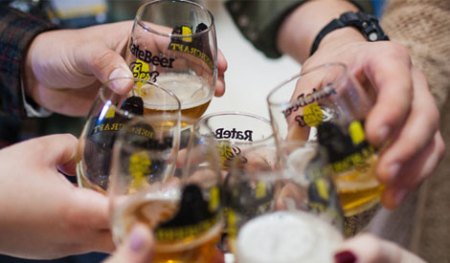 Beer review and education website RateBeer is on the hunt for 10 beer lovers to become the first members of Australia’s official RateBeer SuperTasters program.

The selected few will each receive six new release, limited release or specialty beers from both local brewers and abroad every month, and will be tasked with the job of being some of the first to taste, review and rate on the platform. The beers will delivered by Sydney’s Beer Cartel.

So how do you get involved? All you have to do (as long as you’re over 25 years old) is submit a 1-minute beer review video to prove you’re ready to take one of the coveted spots.

“This is an opportunity to bring your beer knowledge to people around the globe, discovering new beers and connecting people with the next great beer discovery,” says RateBeer’s Douglas Mitchell.

“RateBeer is always evolving and growing because it brings the member’s voice to the fore. It’s a space where individuals can actively participate in a thriving and independent community, surrounded by people who share a love of beer and the search to find the perfect sip.

“The selected few to become official RateBeer SuperTasters will passionately know their beer and be made up of a selected group who are ready to take on the challenge of sharing their verdict first with the rest of the world.”