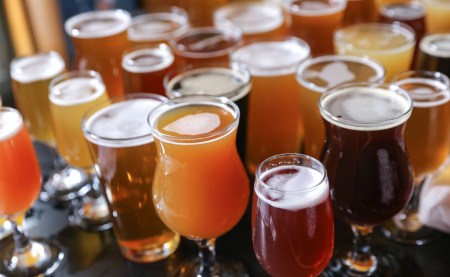 Breweries large and small are being encouraged to enter their best brews in this year’s New World Beer & Cider Awards in New Zealand.

The hunt is on for brewing perfection from NZ and around the world, with the competition’s judges ready to put hundreds of beverages to the taste-test on behalf of thirsty New World customers.

For breweries and brew brands from all corners of New Zealand, the New World Beer & Cider Awards are a chance to get noticed and promoted on a national stage. Winning brews not only get on the shelf in New World stores across the country but can also climb to the very top of customers’ shopping lists, as shoppers now eagerly anticipate the competition’s results.

One of those entering again this year will be Hamilton’s own Good George Brewing, which became the first triple-Gold winner in the competition’s history in 2017, including Champion wins for their Amber Ale and Drop Hop Cider.

Good George CEO Race Louden says those wins have undoubtedly been a boost for the business, and he encourages other small breweries to enter.

“As well as being an affirmation of our brew team’s commitment to quality, the awards saw our product get on more shelves and in more baskets of New World shoppers, which contributed to a substantial growth in sales for Good George,” says Louden.

“It’s been a great vehicle to introduce new people to the brand and get our fans trying different brews within our range.”

Chair of Judges, beer writer and author Michael Donaldson says the appeal for brewers to enter the 2018 awards is stronger than ever.

“As the industry continues to grow, so does the competition. It’s becoming harder for breweries to stand out from the crowd and for consumers to find and appreciate the best beers available.

“The New World Beer & Cider Awards is unique in its focus on the consumer. More than just a gold sticker, a win in these awards puts talented brewers in the spotlight and makes their products easy to find and purchase.”

A gold medal win is rewarded with nationwide distribution through 135 New World stores around New Zealand, as well as concentrated marketing and publicity support.

“This can propel a brand from relative obscurity to nationwide awareness overnight, with their beer or cider sitting on shelf beside the best-known names in brewing from around the world,” Donaldson says.

“Extensive tasting notes by the expert judging panel help shoppers understand what’s on offer. From traditional lagers to trendy sours, consumers can experiment with greater confidence, knowing the winning beers and ciders are both technically excellent and delightful to drink.”

Breweries do not need to be an existing New World or Foodstuffs supplier, but product availability is key. Entrants are required to have enough stock to be promoted in New World supermarkets across the country, ensuring beer and cider enthusiasts are able to sample across the range of award-winning brews.

Managing Director of Foodstuffs (NZ) Ltd Steve Anderson says the awards are now an established part of the New World calendar and continue to show their worth, particularly for New Zealand’s burgeoning craft beer industry.

“There’s always big demand for the winning beers and ciders, and last year’s results delivered a broad and interesting range for our customers to explore. New Zealand craft breweries dominated the gold medal standings alongside some impressive internationals, and New World saw a continued lift in craft beer sales in-store.”

Entries to the New World Beer & Cider Awards close on Friday 23 February 2018. All entry details can be found here.

The 15-strong expert judging panel will put their palates through their paces over two days of judging in Wellington in March. Each entry will be blind-judged and assessed on its merits using a collaborative approach based on technical excellence, balance and, most importantly, drinkability.