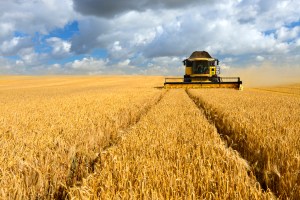 Drew Graham, founder of House of Malt, recently celebrated six months of trading, four years after he first decided to get into producing small batch malt.

“I thought I could see a gap in the market for a small malt producer to supply the craft beer market and that’s how it all started,” he explains. “It was just a matter of when I was able to get everything organised and manufactured.”

House of Malt is based in Ballarat, Victoria and currently sources its barley – mostly Westminster and LeTrobe – from Horsham, although Graham is keen to find a Ballarat barley grower to give “a much shorter life cycle of the barley to the brewer”.

Ballarat breweries Cubby Haus and Red Duck currently purchase his malt, and he aims to “have a good focus on Ballarat and the surrounding area, but I definitely want to be penetrating into Melbourne as much as I can.”

The malthouse runs on a half tonne system. At full production in its current system, House of Malt can produce three and a half tonnes each week, well short of the 360 tonne batches produced by some of the country’s bigger malthouses. While he has plans for growth, he has no intention of becoming “one of the big players”.

“(It’s about) building a larger malthouse once we get the ball rolling on this line and get a name and a following. I think building a bigger malthouse would be the best option. But I don’t want to get big. I want to still have that small batch craft ethos whatever I do with this company.”

Graham believes that Australia could see more small-scale malthouses appearing across the country, and looks to the United States for inspiration where there are over 100 ‘craft maltsters’.

“There’s huge potential for craft maltsters to get a foothold, similar to the way that craft breweries have got a foothold in the beer market. If we take parallels with the craft beer industry I think there’s a lot of room to move for making craft malt a big thing in Australia.

“Some people say when it comes to craft beer we’re like five years behind the US in terms of market penetration and such like. If you look at what’s happening in the US – currently in the US there are over 100 craft maltsters and a lot of that has happened in the last five years. When I first started looking into the idea there were 30 or 40 and it’s more than doubled in that time.”

While it was a challenge getting small scale malting equipment designed and made for him, Graham has now found a few places in the UK, Germany and the US that are producing them, which he believes will help to fuel the growth.

“Obviously hops bring a different character to beer that a lot of people really like, but there are also a lot of people that really like malt-driven beer. What we’re going to try to focus on is to have different varieties of malts available for the brewers so they can actually create new and unique beers that are focusing on the malt in particular.”