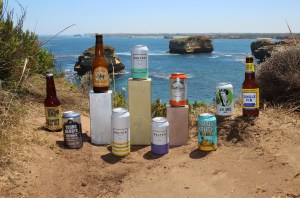 Balter’s XPA has retained its title in the GABS Hottest 100 Aussie Craft Beers of 2018, which saw a record 31,000 beer lovers place more than 155,000 votes for their favourite craft beers of the year.

From a field comprising around 2,350 beers from more than 260 breweries, it was the Gold Coast brewery that claimed top spot for the second year running. Part-owned by champion surfers Mick Fanning, Joel Parkinson, Josh Kerr and Bede Durbridge, Balter had two other beers named in the top 10, with its IIPA and IPA placing sixth and seventh respectively.

Balter’s IIPA was one of 21 beers released in the last 12 months to make the list, demonstrating the impact of a popular new release in the fast-paced craft beer scene. New England IPAs (NEIPAs) were also prevalent among the new entries, doubling their presence overall and claiming strong positions, such as Hop Nation’s Jedi Juice (#9), Dainton’s Blood Orange New England Rye IPA (#36) and CoConspirators’ Matriarch (#63).

“With over 2,600 beers to vote for including a big offering from our own brewery the votes were going to be split up, so we knew it was going to be very hard to get the top spot again let alone three beers in the Top 10,” says Stirling Howland, co-founder of Balter. “So when the results started dropping we were pretty blown away by the outcome and super thankful to our Balter community for getting behind us.

“The standard and choice of beers in Australia right now is exceptional. With 31,000 people voting for over 2,600 beers it demonstrates the good beer movement is alive and well in this country. I also think what GABS Festival and GABS Hottest 100 does for getting good beer to the people is really cool and we’re stoked to be a small part of that.”

Stone & Wood’s Pacific Ale once again took second place, the beer’s ninth consecutive podium finish over the years, making it the most loved beer in the poll’s history. The Byron Bay brewery celebrated its tenth anniversary in 2018.

“We’re so proud to share the podium alongside Balter and Bentspoke, as well as to all the other indie breweries whose beers have made the list this year,” comments Ben Summons, managing director of Stone & Wood. “It’s through continuing to support and buy independent that we all can continue to do what we love: brewing good beer!

“The last 12 months have been incredible. We celebrated our 10-year anniversary; established our not-for-profit – the inGrained Foundation; opened our new brewery in Byron; introduced cans alongside a whole lot of other limited releases and saw 71% of team become shareholders in the business – coming second has topped it all off.”

Third place went once again to Crankshaft from BentSpoke, topping a charge of five beers from the Canberra brewery, all placing within the top quarter of the list.

“The best thing about this competition is that it’s voted on by the people that drink your beer,” says Richard Watkins, head brewer and co-owner of BentSpoke. “It’s awesome to see that Canberra brewers are nationally recognised. Our local community really knows what good beer means.

“If anything, it’s inspired us to bend the rules of beer further than we ever have before. We’ve got some really exciting projects brewing for BentSpoke’s fifth birthday year.”

With Balter leading the way, Queensland showcased its huge strides in craft brewing, with 22 beers from nine breweries featured in the list, up from 15 beers from five breweries in 2017. While New South Wales maintained its overall presence in the list, with 26 beers from 13 breweries, Victoria, South Australia and Western Australia all dropped representation from 2017.

Localism has been touted as an increasingly influential factor and the results backed that up, with this year’s list featuring the first brewery from Northern Territory – Darwin’s One Mile Brewery – which had four beers make it into the Hottest 100. The Sunshine Coast also elevated its local brewing scene, getting Your Mates, 10 Toes and Brouhaha into the list. In addition, The Welder’s Dog from Armidale in regional NSW saw four of its beers in the list, including the first ever ginger beer to make the Hottest 100.

In contrast, Coopers, South Australia’s oldest family-owned brewery, saw its fortunes reversed, with its Sparkling Ale jumping from #97 in 2017 to #46 in 2018, the biggest jump of this year’s list. In addition, two other Coopers beers made it onto the list – Original Pale Ale came in at #17 and Session Ale at #22.

“I think it’s just become this wonderful tradition that’s grown alongside the craft beer industry, allowing beer lovers to reflect on their favourite beers of the year and give a vote to the brewers who made them,” comments GABS co-founder Steve Jeffares. “With breweries opening in all corners of the country, pushing the boundaries of style, technique and creativity, there’s really never been a better time to be a craft beer drinker.

“And with such a huge number of votes behind it, this year’s list is again very revealing about what people are drinking and enjoying, whether that’s a more mainstream pale ale or a strawberry rhubarb sour from their favourite Sunshine Coast local.”

KEY
↔ Maintained position from 2017
↑X Up X places from 2017
↓X Down X places from 2017
☆ First Hottest 100 appearance
* Brewed by an independent brewery (as defined by the Independent Brewers Association)
NEW Brewed for the first time in 2018
GABS A ‘Festival Beer’ brewed especially for GABS Beer, Cider & Food Fest