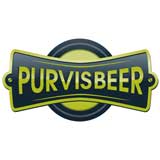 Melbourne-based importers Purvis have announced a new range of brews to hit the docks this week, including a few very special brews.

The new beers include Yeastie Boys His Majesty, a Belgian-style 8.5% ABV Ale described as “An intoxicatingly delicious Belgian-style strong ale that brings together German malt from the town of Bamberg, choice Nelson hops, free-range Southland water and an exotic Trappist yeast from the Belgian region of Wallaonia.”

Last but not least is the Two Birds Taco, a 5.2% ABV Hoppy Wheat Alethat was inspired by Jayne and Danielle’s trip to Southern California, and is a reflection of the climate and cuisine, made with corn, corriander, and fresh lime peel.

For more information on these beers, check out the Purvis website.