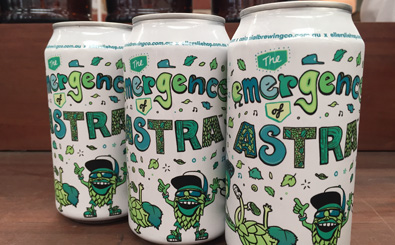 Margaret River’s Colonial Brewing Company has expanded its operations to the East Coast, with its new Port Melbourne brewery now in full swing.

To celebrate, the brewery has released its first project beer for the year, The Emergence of Astra.

“Establishing a brewery on the East Coast has been in Colonial’s plans for about six years! Whilst in the final stages of planning for a brewery, restaurant and function centre in Cape Schanck on the Mornington Peninsula, the opportunity to move into the old Matilda Bay digs came up,” Colonial’s head of brewing, Justin Fox told Beer & Brewer.

“The first four months saw us working hard to meet the demand for the existing range of beers but we have finally been able to get the creative juices flowing and get some new brews out. The Emergence of Astra was our first project brew and we have our second ‘IPA on Tour’ due out Monday, an East Coast brewed West Coast IPA named Fusion. We have a can line due to land this winter and will work towards getting the complete Colonial range available in cans across the country.”

The Emergence of Astra was developed in conjunction with Ellerslie Hop Australia, which identified early in the breeding program some unique characteristics in two of the parent stock plants; and after years of nurturing, Astra was born. The flavour profile is green melon, white peaches, white wine, a little grassiness, grapefruit and honey.

Colonial was the first Australian brewery to use a 360 degree lid on its Small Ale can, which lifts the entire top off the can to help enhance the aroma. The brewery has also used this can on The Emergence of Astra.

“The 360 lids will always be a part of enjoying a can of Small Ale. We have used the lids on The Emergence of Astra as well as it’s all about showcasing the aroma. The lids are actually manufactured in the States and are the same profile as standard lids so it’s as simple as swapping over the sleeve feeding the seamer,” said Fox. 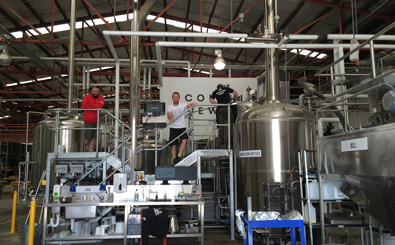 The new beer is a preview of what’s to come for Colonial, with the East Coast brewery looking to launch to the public with a free House Party for locals during Good Beer Week.

“Our Port Melbourne facility is currently running at around 60 per cent capacity with a can line due to arrive in June/July,” explained Fox.

“Our long term vision for the site is to open up to the public holding some initial events and building to a more permanent hospitality venue within the next 12 months.

“We will be starting with a free event during Good Beer Week in May. It’s a chance for us to celebrate moving into our new place and to meet the local Victorian craft beer lovers. Expect good music, tasty food and a full line up of 15 beers on tap. Just like any housewarming we’ve been to lately!”