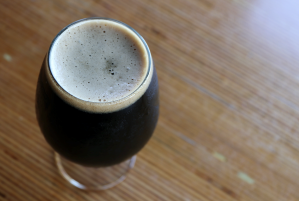 Modus Operandi Brewing and Prancing Pony Brewery are set to launch a range of beers in the coming weeks.

Modus has collaborated with Gladfield to create a beer for BrewCon. Called Moon Tan Stout, the the beer is being released on the Winter Solstice – 21 June – and uses the new Gladfield Eclipse Wheat. This is the first packaging from the brewery to include the new Independent Seal, which was thought appropriate for BrewCon.

The brewery is also launching Yeast Coast IPA for the Beer & BBQ Sydney Festival on 29 June. A collaboration with Fixation and Wheaty Brewing Corps, this is the fourth iteration of the beer. Brewed both in Byron and at Modus, it will be available in cans and kegs at both Beer & BBQ Festivals.

Finally, Modus Operandi has made its Silent Knight Porter its next National Limited Release. Launching on 29 June in cans and pouring on nitro/keg around Australia, this beer has now been packaged and will form a third of the brewery’s Black Label Series of dark beers launching throughout winter.

Prancing Pony is set to release four new beers for the Beer & BBQ Festival in Sydney and Adelaide this month. The brewery is launching a Black IPA called Black Polaris, a more fruit-driven IPA called The Imposter, a NEIPA called The Zepellin and a hopped XPA.

“Usually we plan for the release of one new beer for the Beer & BBQ Festival, but this year we wanted to showcase some beer styles that our junior brewers have been working on for a while and, sure enough, they have focused on hop-forward IPAs,” comments Frank Samson, head brewer at Prancing Pony. “For our junior brewers Eden and Tim this was a great opportunity to develop a new beer from start to finish and to bring to life their very own flavour ideas.”