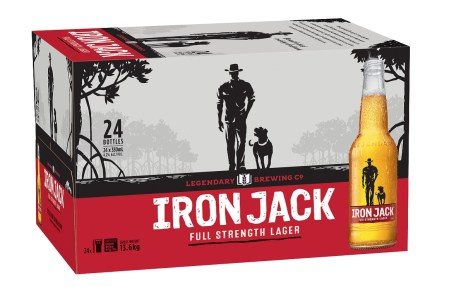 Lion is building on its hugely successful launch of Iron Jack, with the launch of a full strength version of the beer.

The launch of the mid strength Iron Jack in 2017 was lauded as the most successful beer launch in a decade, after selling over 16 million litres in its first eight months.

“It’s about recognising that the role of the modern Aussie male is evolving, but those old school traits are still as important now as they used to be.”

Iron Jack Full Strength Lager will be 4.2 per cent ABV and features pale malts with a “light dose” of Saaz hops. The beer is preservative free and has 30 per cent fewer carbs than regular full strength beers.

The launch of Iron Jack Full Strength will be supported by a new brand campaign and TVC set to launch later in 2018 and it will be available from July 16 in 330ml bottles, 375ml cans and on tap at selected outlets nationally.