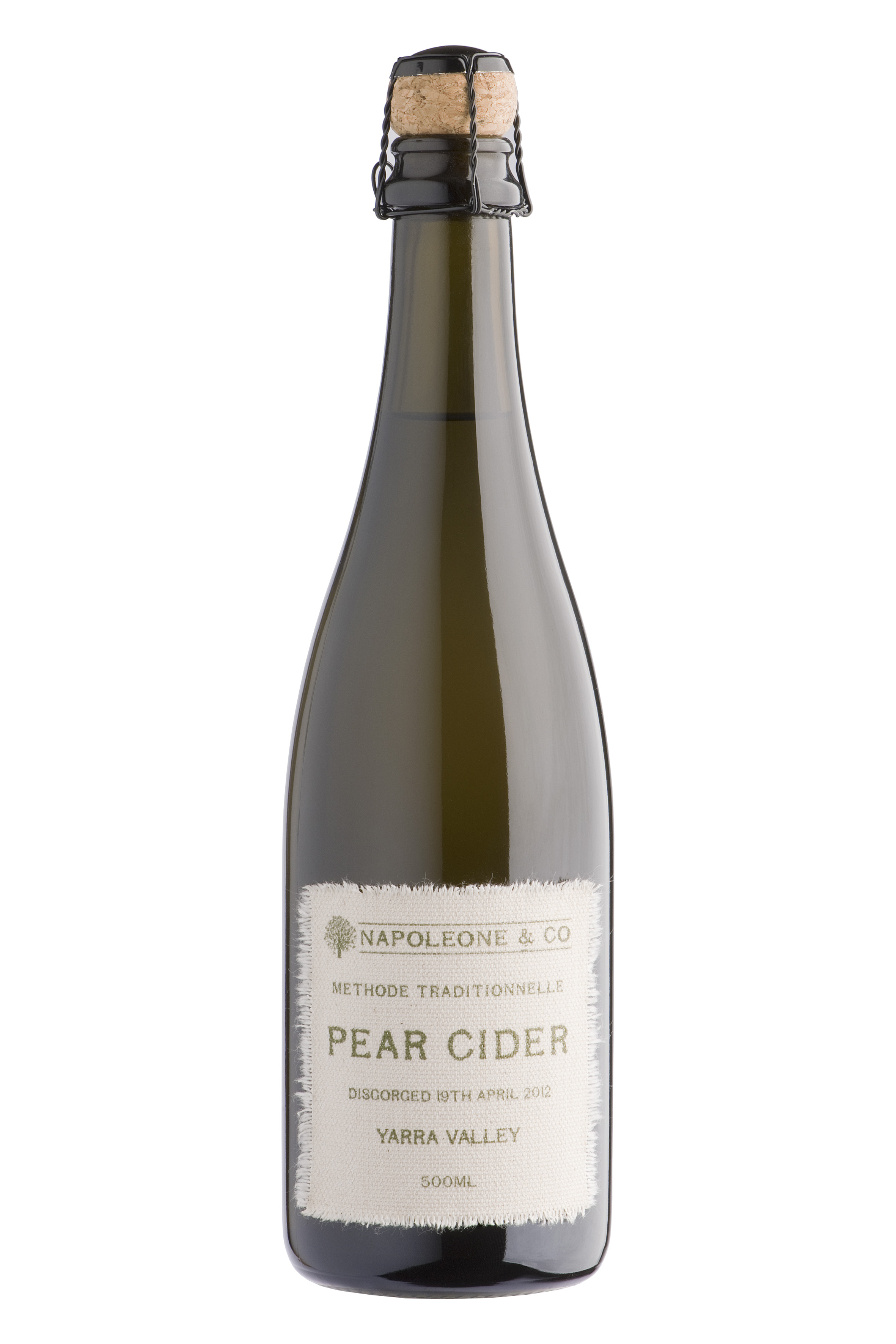 After winning Best Pear Cider in Australia at the inaugural Australian International Cider Awards, the team were keen to move on and improve their ciders. Making cider from a winemakers point of view, Napoleone & Co kept everything in-house. This meant sourcing their own grown fruit – namely Packham’s Triumph and Beurre Bosc pears – off their numerous plantings at home in the in the Yarra Valley, and processing the fruit how they wanted, on site, to create a drink that is uniquely Australian and yet tips it’s hat to the old world ciders of Normandy.

With a Winemakers structure and palate, Methode Traditionnelle Pear Cider is refreshing and on the drier side – avoiding the sweeter, bulk commercial styles – showing that there can be more enjoyment in a subtler, more refined palate.

Makers of the highly regarded range of Punt Road wines, the Napoleone family have been orchardists in the Yarra Valley since 1948. They moved into winemaking with their first vineyard in 1983 and launched Napoleone & Co ciders in 2009.

There are only 300 cases of Methode Traditionnelle Pear Cider (500mL bottles) available so find a stockist before they’re all gone.