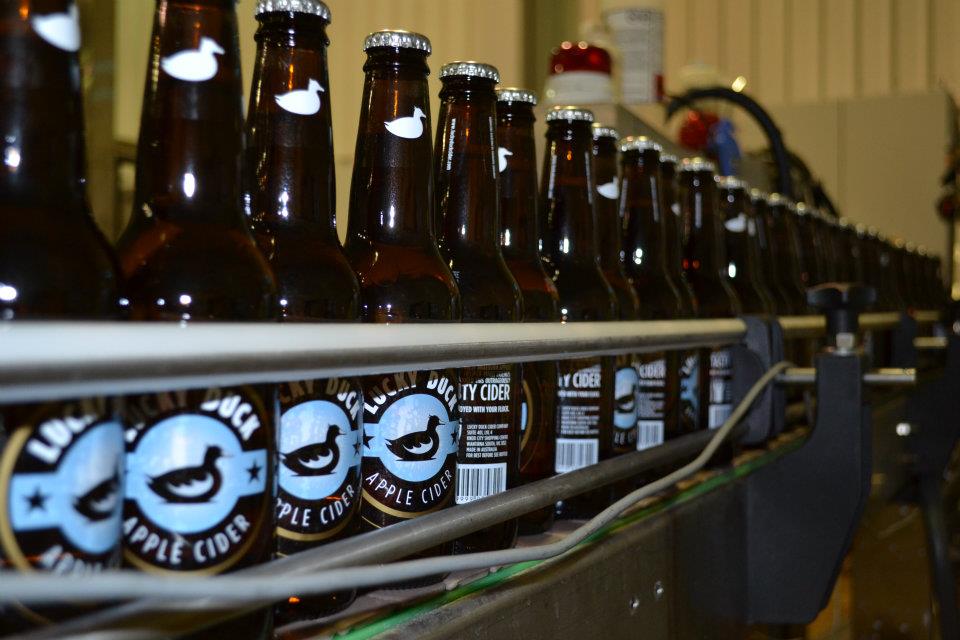 Lucky Duck Cider Company is the brainchild of business partners Colby Kitchin – a practising osteopath in real life – and Shane Capron – a marketing manager by day – two kids from Melbourne’s south eastern suburbs. Affectionately referring to themselves collectively as the butcher, the baker and the candlestick maker behind the brand, the lad and lady now live near Hawthorn in a two bedroom apartment that doubles as their office and cider depot.

The company came to life through Shane and Colby’s love of drinking cider. After deciding to try their hand at making their own, it was just a small matter of 14 months of research, testing, trials and planning. Then, according to Shane, the pair held their breath, cashed their chips and bottled their first batch of cider in February this year.

But don’t be fooled into thinking that this is just any old cider. The Lucky Duck lads have created a true craft product that is now, not only, stocked in over 90 on- and off-premise locations in and around Melbourne, but also scored the duo the ‘Best Cider’ and ‘Best Cider Producer’ at the March Microberweries Showcase at Fed Square.

The secret, they say, is in their choice of ingredients. Unlike most other ciders, Lucky Duck uses the Braeburn apple – renowned for its unique balance of bitters and sharps – as the key ingredient. And coupled with their use of Ale yeast, as opposed to a wine or champagne yeast, the cider packs a bold apple taste with a hint of sweetness and a crisp finish.

Visit them on Facebook to find out where you can get a fix.