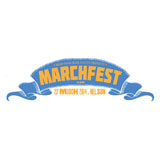 Beer lovers in NZ are celebrating the return of their much-loved Marchfest Craft Beer and Music Festival, which is set to take place in Nelson, NZ on Saturday, 22 March 2014.

Organisers have announced that there will be fifteen regional craft brewers who will produce a new beer for the event, including two new breweries, Hop Federation and Liquid Alchemy. The theme for the event has been based on the Hop Ballot that was held at the 2013 event, and each of the breweries has been allocated a different, locally-grown hop by NZ Hops.

Tickets for the event are on sale now – you can score a discounted earlybird ticket for $29 until 22 February, or stump up $39 after that day or at the gate. For more details, head to the Marchfest website.