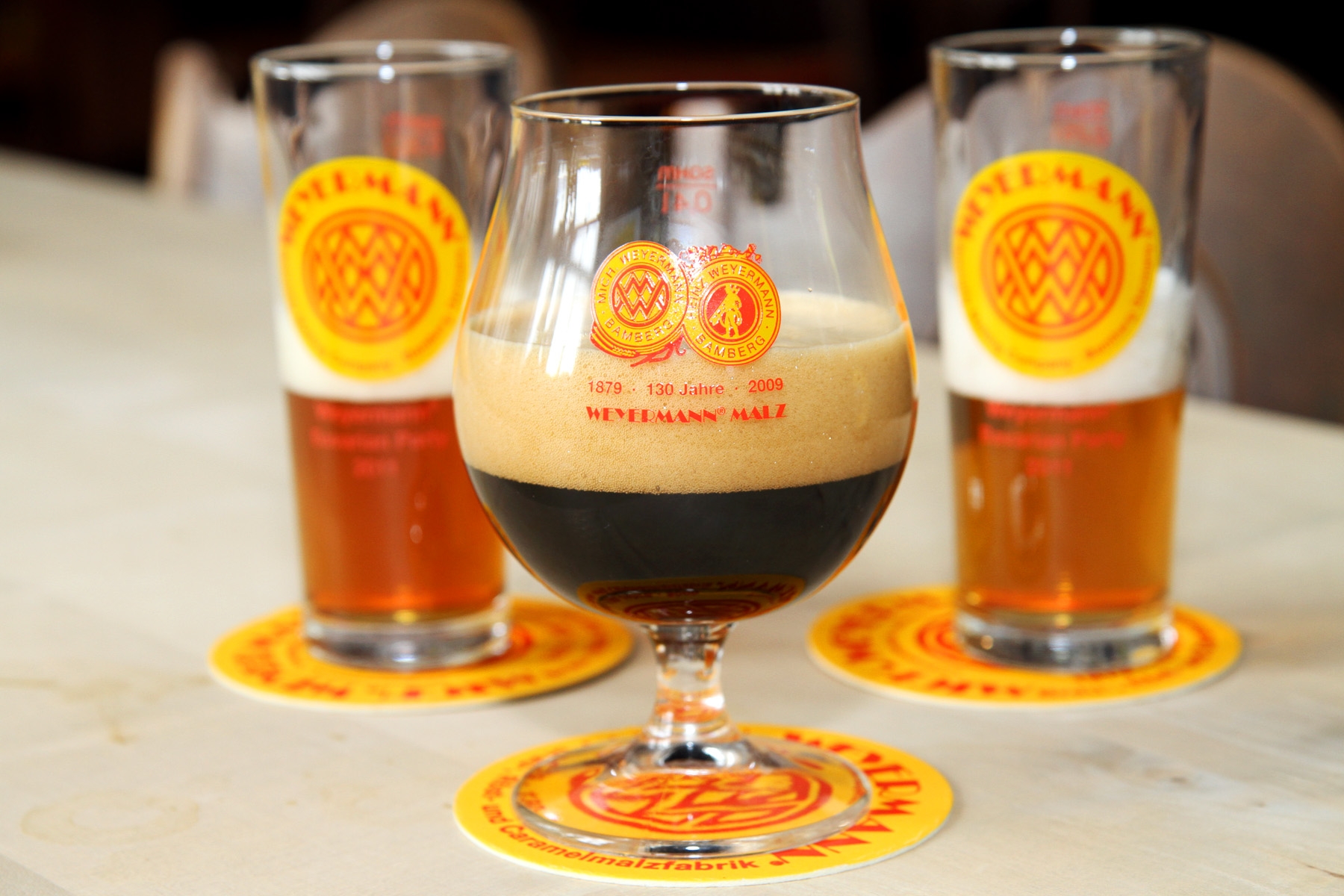 Liquorice seems to be one of those things that everyone either loves or hates with very little middle ground. That said, liquorice root extract – itself 50 times sweeter than sugar – has been used to flavour food and drink for years. And now it has even been used in beer.

With a long list of historical figures lusting after the ancient ingredient – archaeologists found liquorice candy in King Tut’s tomb, and Alexander the Great, Julius Caesar, Napoleon Bonaparte, and Charlie Chaplin were all known to be fans – the Weyermann Malting Company decided it was high time that the world’s liquorice and beer loving inhabitants got to taste the glory of a liquorice brew. After all who wouldn’t want a beer whose main ingredient has been touted as the miracle cure for everything from bronchitis to hair loss.

As liquorice was chosen as this year’s theme plant of the 2012 Bavarian Garden Show, which opened in Bamberg on April 26, Weyermann decided that the garden show was just the place to launch their range. A nice touch seeing as though Bamberg is not only Germany’s secret capital of beer, but, during much of the Middle Ages, it was also the centre of Germany’s liquorice cultivation and processing. “We wanted to create unusual specialties that not only connect with Bamberg’s traditions but also perpetuate them in the present,” explained Sabine Weyermann.

There were some difficulties but in the end three beers emerged, triumphant, from the experiment. “We studied the scientific literature and debated the challenges with our beer sommeliers,” said Thomas Kraus-Weyermann, “and then we experimented with different brews, day after day, in our pilot brewery. This was not an easy task, but we think the result makes the hard work worthwhile.”

The beers are as follows (with tasting notes care of Weyermann):

This specialty brew sports a fine, up-front bouquet of fresh liquorice, augmented by a pleasant slightly resiny note from the liquorice plant’s root. The colour in the glass is a brilliant yellow that is reminiscent of wild honey. The unusual taste of the Liquorice Ricer is characterized by a fruity, estery, almost herblike complexity, while the finish speaks of palate-engulfing, long-lasting liquorice flavours. This beer is an ideal digestif.

This liquorice brew made from barley, spelt, rye, and wheat impresses with its fine bouquet of fresh liquorice, which is nicely supported by caramel notes from the rye and spelt malts. The colour of deep amber hues is reminiscent of forest honey. On the palate, the dominant flavour is one of earthy, resiny breadiness with a faint note of sourdough, while the sweet malt aromas make for a velvety and creamy mouthfeel. The finish is prickly, petillant, almost champagne-like, which pleasantly enhances the beer’s soft liquorice notes. This is a beer for any occasion, but it is particular well-suited as an appetite-stimulating aperitif.

The Porter-style brew is an ebony-black ale with an elegant, mocha-coloured head of foam. On the palate, the beer impresses with its strong up-front aromas of coffee, fresh liquorice, lightly roasted nuts, and fine dark chocolate. The brew’s full-bodied mouthfeel is dominated by a pleasant roastiness that blends harmoniously with the flavour of liquorice. The brew finishes with strong malt reverberations. This Weyermann® specialty beer is a perfect accompaniment for ice cream or sweet desserts…and is an ideal nightcap after a hard day’s work!

The beers are on sale during the Bavarian Garden Show at the Weyermann Fan Shop at Brennerstrasse 17, D-96502 Bamberg.
The beers are available in single bottles with a description of the brews, as well as in combination packs.