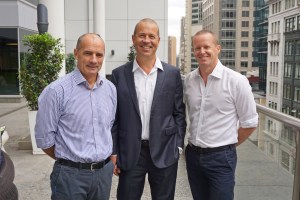 Vanguard has been awarded On-Premise Supplier of the Year three times in the last six years at the annual ALIA awards.

Vanguard Founder and Managing Director James France said the deal with Lion is a logical next step.

“This investment means we will go even further in providing the best brands for the best bars and retailers, and for that reason we are truly at the forefront of Australia’s flourishing craft and premium spirits industry,” France said.

“I look forward to continuing to lead the Vanguard business as Managing Director. The culture and focus on premium brands that Vanguard is known for will be maintained, and we are enormously proud of this.”

Vanguard has been Four Pillars’ distributor since the distillery’s launch in 2013 and that is set to continue, with the pair recently inking a new long-term distribution agreement. This means the same craft spirit experts will continue to sell Four Pillars to both on- and off-premise accounts.

Lion Managing Director James Brindley said the simultaneous deals between Lion, Four Pillars and Vanguard are a fortunate outcome for Lion as it enters the growing premium spirits category.

“James France is widely recognised and respected within the premium spirits industry here and around the world,” Brindley said.

“James and his team at Vanguard have been working closely with influential bartenders, hospitality operators and retailers for over a decade. Vanguard is a fabulous business and we at Lion will work hard to ensure we support Vanguard in continued service and engagement with our customers.

“This partnership is a combination of two strong businesses with complementary strengths and we are excited to see the growth that will come.”