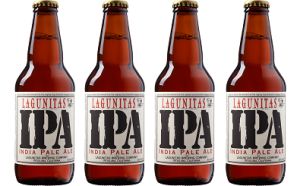 California-based Lagunitas Brewing Company has announced that it will begin selling its beers in Australia.

While it is confirmed that Lagunitas is definitely on its way to our shores the finer details are yet to be finalised.

Beer & Brewer asked Karen Hamilton, the Director of Communications at Lagunitas for more details about the Australian roll-out but all she would confirm is that the brewery will definitely be bringing its IPA to Australia.

“We do not have much info to share with you, unfortunately, I do not have a distributor confirmed yet, we plan on bringing IPA but the rest is to be determined,” said Hamilton.

Beer & Brewer asked if Lagunitas would be creating any special brews for the Australian market and Hamilton suggested that this could be a possibility.

“We have often brewed a special beer for various reasons with various countries and groups but until we have a distributor and a date the other plans cannot materialise,” she said.

Lagunitas is half-owned by Heineken and was last year rated as the sixth largest brewing company in the US based on beer sales volume.

Beer & Brewer will keep you updated as more information comes to light.