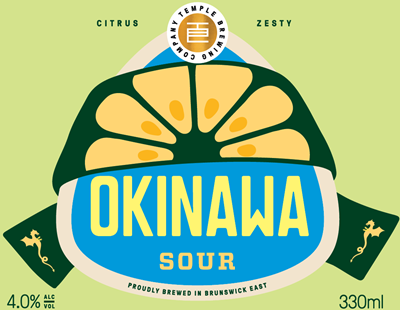 Aptly named Okinawa Sour after the fruit’s place of origin, the zesty and refreshing beer has been created in collaboration with Fumi Tamura, owner of Japanese-restaurant and bar Horse Bazaar in Melbourne’s CBD.

Director of Temple Brewing Nicholas Pang said this is the first time the juice of the Shikuwasa fruit has ever been used to make a beer in Australia.

“Shikuwasa is a little green powerhouse that looks like a lime and is packed full of so much goodness; the Okinawan people believe it to be the secret to longevity,” he said.

Shikuwasa is known for being rich in vitamin C, an excellent source of antioxidants and boasts an impressive amount of Nobiletin, which is said to be an anti-inflammatory, effective in preventing diabetes and lowering cholesterol levels.

“Our Okinawa Sour beer is quite light, a little bit zesty and incredibly refreshing, making it the perfect beer for summer.

“Although it’s a fruit sour beer, it doesn’t knock you over the head like other sour beers, it’s quite easy to enjoy,” said Nicholas. 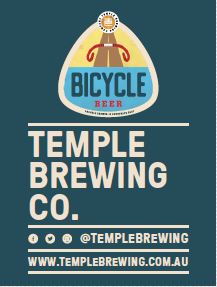