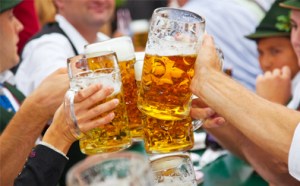 The organiser of Oktoberfest in the Gardens 2015 has been fined $26,100 for allowing intoxicated patrons and for serious breaches of their licence conditions.

Specific incidents include one intoxicated individual who was found clinging to a wheelie bin having urinated in his pants, and another who assaulted a police officer after throwing an alcohol-drenched German hat at them.

Liquor & Gaming NSW reports that their inspectors and the NSW police who attended the event also found intoxicated patrons who were unable to stand unaided, or were heard slurring their speech and spilling drinks.

Other breaches included failing to properly maintain the incident register, not deploying identifiable RSA marshals, and failing to provide adequate security of perimeter fences where patrons were seen urinating and lying down, appearing to fall asleep.

Event organiser Ross Drennan pleaded guilty to 11 offences relating to the licensed event that attracted 12,000 patrons to the Domain in Sydney on 31 October, 2015.

Drennan was sentenced in the Downing Centre Local Court on 6 February 2017 following an investigation by Liquor & Gaming NSW.

“With very large crowds in confined spaces, these events can jeopardise public safety if the organisers are not committed to the responsible service of alcohol,” he said.

“Most large festivals are well run but this case shows that organisers who fail to observe our state’s liquor laws can expect to face prosecution and significant penalties in court.”