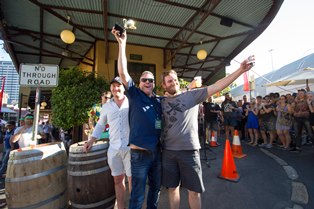 More than12,000 people attended the festival, which showcased 28 Australian craft brewers. Patrons were able to attend Meet the Brewer and Blind Tasting Sessions, as well as sample beers and ciders from across Australia. 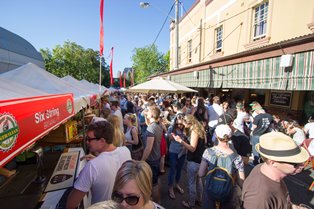 The festival in full swing

“We were truly proud and honoured to win the Geoff Scharer Trophy at the Australian Beer Festival over the weekend for our ’77’ India Pale Ale. It makes all the hard work and dedication that goes in to producing our beers worthwhile,” Riverside’s head brewer Dave Padden told Beer & Brewer.

The amateur brewer section of the awards saw Home Brewer Championship Winner first prize won by Stephen Wharton for his IPA, while second prize went to Jake Blaschka for his black IPA.