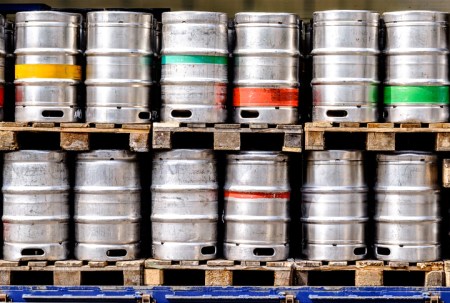 The Treasurer revealed that the Government will increase the amount beverages companies can claim back on their excise and that it will also extend the concessional draught beer excise rate to smaller kegs, typically used by craft brewers.

Morrison said: “This additional tax relief, on top of the Government’s legislated tax cuts for small and medium businesses, will allow craft brewers and distillers to compete on fairer terms with large beverage companies.

“This not only champions the craft brewers that we’ve all grown to love, it raises a very tantalising prospect for Australians: the likelihood of cheaper craft beer.

“The extra help to craft brewers and distillers will drive competition in a sector currently dominated by large domestic and multinational brewers, opening the door to new products and will likely put downward pressure on prices.”

In revealing the changes to the taxation on smaller kegs, Morrison added: “Currently, draught beer sold in kegs exceeding 48 litres is taxed at lower rates compared with beer sold in smaller kegs. This is unfair for smaller brewery businesses. Extending the concessional draught beer excise rates to kegs of 8 litres or more will level the playing field for craft brewers, which typically use smaller sized kegs, to distribute their beer to pubs, clubs and restaurants.”

The Independent Brewers Association (IBA) welcomed the announcement as great news for the industry.

“This is great news for independent brewers, great news for consumers and great news for job creation,” says IBA Chair, Ben Kooyman. “Having the Federal Government make these changes shows that they realise what an amazing industry we have and will enable our members to expand.

“Australia’s 450 small, independent brewers will take that additional excise rebate and invest it back in their businesses. That will mean they will be able to increase their production, invest in quality improvement and most importantly hire more staff to join over 2400 Australians the industry already employs.

“A reduction to the excise rate on smaller kegs has the potential to fundamentally change the way many of our members do business. It will allow them to win customers in smaller venues and in distant markets. And having to deal with full 50 litre kegs is one of the biggest workplace health and safety issues in many breweries. This will give brewers more options.”

Australia’s craft brewers have also widely welcomed the news, with Richard Adamson, co-founder at Young Henry’s, telling Beer & Brewer: “Any excise relief is welcome and will be of particular benefit to breweries on their journey. It’s great that all sides of politics are recognising the contribution the sector is having to the economy.”

“It’s a very sensible decision and it’s giving more recognition to a very important industry,” Lawrence Dowd, national general manager at Colonial Leisure Group, tells Beer & Brewer. “It will allow us to invest money in things that will improve the output and quality of what we do.”

Commenting on the reduction in excise on smaller kegs, Dowd said that this change will allow Colonial to get some of its more experimental beers out to a wider range of small bars and pubs.

“I think it will create a bit of a market there for people that focus purely on smaller batch beers. It’s going to create a lot of opportunities,” he adds.

However, Newstead Brewing Company has been less positive about the change to excise tax laws, claiming that the savings are not as significant as would initially appear and that brewers will be unlikely to be able to pass them onto consumers.

“This reform has two significant alterations,” comments Mark Howes, Newstead’s chief executive officer. “Firstly, an excise rebate, which sees 60% of each, weekly, excise payment returned, up the value of $30,000, is now returned up to a value of $100,000. This is tangible, cash in hand, a $70,000 boost for every single brewery in Australia (assuming that the brewery pays more than $167,000 in tax each year). Secondly, beer is taxed based on the amount of alcohol in it and the size of the container it is delivered in. Currently, there is a rate which is cheaper for alcohol in a 50 litre keg. Put that exact same beer in a can, bottle, growler, 20 litre or 30 litre keg (anything under 48 litre) and you pay a higher rate of tax.

“Both of these alterations fall short in what brewers across Australia need to remain competitive against big, international corporations and alternative alcoholic beverages. These reforms have all the hallmarks of an incomplete, rushed reaction to some good work initiated by the Labour Party. They have great intention but ultimately fail to deliver meaningful change. Moreover, it is potentially damaging for most smaller breweries who simply have nothing to pass onto the consumer, consumers who now believe ‘craft’ breweries will pay significantly less tax.”