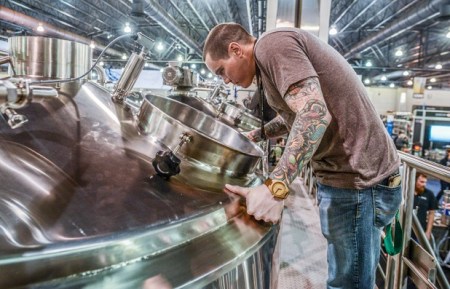 The Independent Brewers Association (IBA) has commissioned a new report, which shows that independent brewers generated $740 million in economic output in 2015/16, of which $300 million was value added.

The landmark economic national report highlights how independent brewing in Australia has become a stand out in this country’s manufacturing landscape.

The Independent Brewing Industry National Economic Evaluation was released on 4 July. It was prepared by Melbourne firm Essential Economics, and is the first time such a consequential document has been prepared outlining the economic impact of the independent brewing industry.

The report was prepared using data provided by the Australian Taxation Office and that collected by Survey Matters in its 2016 Independent Beer Industry Survey.

It shows that there are now more breweries operating than at any other time in Australia’s history, with 65 per cent of the businesses located outside of capital cities, meaning more jobs and investment for regional and rural areas.

It employs more than 2400 full time equivalent workers (that is 73 per cent of all employment in the brewing industry in Australia) and those worker are paid around $90 million in wages. It also supports a further 17,210 FTE positions in the wider economy.

The industry produced 59 million litres of beer in 15/16 generating $280 million in revenue.

In a recent column for National Liquor News Chris McNamara, Executive Officer for IBA, said “now imagine what the industry could do if it had a decent level of government support”.

“If it didn’t suffer under one of the most severe excise rates on the planet. If it didn’t have to deal with an excise system that tied it up in red tape and created unsafe work environments.”

The IBA is currently undertaking a campaign to ask the Federal Government for a fair go for independent brewers.

But what is a fair go? According to McNamara, equitable support to that received by the wine industry would be a good place to start.

“Independent brewers are only able to claim back $30,000 of the excise they pay every year. A figure that has not risen in five years despite the excise rate going up every six months. A total of approximately $4 million was claimed in 2015/16. In the same period the wine industry was able to claim back up to $500,000 per business under the WET Rebate with $356 million being paid in total,” he said.

A simplification of the excise administration process would be another good start.

“A complicated system of differing rates according to the alcohol content of the beer and the size of the vessel in which it is packed creates an administrative nightmare for small business owners that sees them filling out governmental forms rather than spending time growing their own businesses. A system that penalises the use of smaller kegs thus meaning brewery workers and hospitality staff need to work with 50 litre kegs which weigh 65 kilograms when full.

“On top of the issues with excise, independent brewers also face a number of other bureaucratic hurdles such as the proposed push for nutritional labeling and of course a market place that favours the dominant duopoly.

“We have a lot to speak to Government about and we look forward to them assisting with lessening the red tape requirements and assisting with the growth of our industry.”