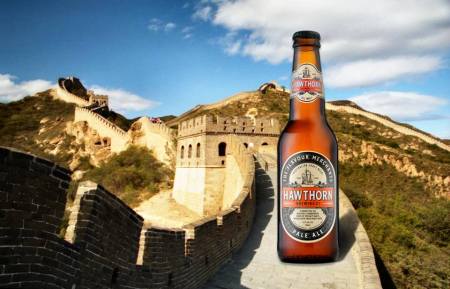 Hawthorn Brewing Company has announced a new distribution agreement in northern China, complementing their existing southern distribution and making the company’s beers available across the largest beer consuming nation in the world.

The expansion comes only six months after first exporting to the country, in an impressive result for the Melbourne brewery.

For now, the expansion will focus on the geographic spread of the Hawthorn beers, rather than increasing the variety of beers on offer in China – where their Pale Ale is already available.

Hawthorn Brewing Company’s CEO, Peter Willis said they were “delighted at the success Hawthorn has achieved internationally, particularly in China, given the research and planning that went into cracking the market.”

“In all our international dealings, it’s great to see interest in craft beer steadily growing and of course, brand Australia performing strongly.”

In addition to China, Hawthorn currently export to Singapore, the Philippines, Japan and France.

A spokesperson for Hawthorn told Beer& Brewer that the company chooses target countries by identifying areas that have a market receptive to Australian products, in particular Australian beer, with China being a “natural choice.”

When asked if Hawthorn’s expansion would continue into more countries and emerging craft beer markets, Beer & Brewer were told that the current strategy would focus on consolidation and building existing relationships.

At the same time as the China announcement, the first shipment of Hawthorn beers is on the way to the United Arab Emirates, after a successful research mission to the region in August 2016.

“Our Dubai based distributor services consulates globally, so Hawthorn beers will soon be gracing fridges of embassies around the world – clearly diplomats also need a knock off at the end of the day!” said Willis.

Hawthorn also represented Australia at China’s largest drinks trade festival, the China Food and Drinks Trade Fair, in Chengdu last week – though they confirmed that the northern China expansion had been on the cards before  the event took place.

On the home front, Hawthorn is working on a couple of limited releases for the year to follow their popular New World Lager released over summer.

“We’re looking to release new seasonal brews over the course of the year but we’ll reveal more in the coming months,” the Hawthorn spokesperson told Beer & Brewer. 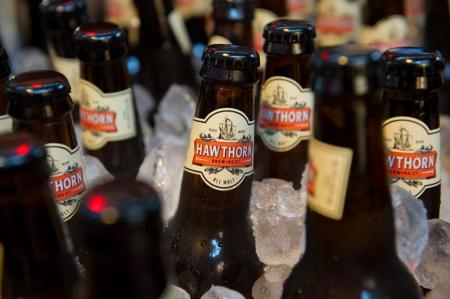