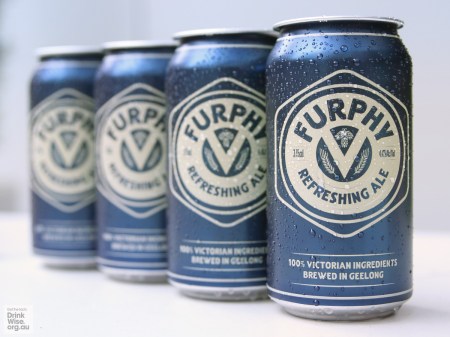 Victorian’s will soon be able to raise a can of the Furphy Refreshing Ale, a beer brewed in Geelong and crafted specifically for the people of Victoria.

Launched in 2014, the ale is made using only Victorian ingredients sources from local regions such as Wimmera and Eurobin, and is brewed at the Little Creatures Brewery in Geelong.

Initially only available in Geelong and surrounding areas, the beer has gained a loyal following and is already being enjoyed on tap and in bottles beyond it’s backyard and throughout Victoria.

The beer was inspired by a German Kölsch, resulting in a clean, crisp and delicately balanced beer with subtle fruity flavours and aromas.

Deep gold in colour and slightly hazy, there is a soft maltiness balanced with subdued hops flavours which leads to a pleasantly refreshing finish.

“We are very proud of this beer and the support we have had from local drinkers and beer lovers right across Victoria,” said Head Brewer Warren Pawsey.

“We can’t wait to give them new ways and opportunities to enjoy Furphy.”

Furphy takes its name and pays tribute to the Furphy family of Shepparton, who for over a century have produced water tanks; during WWI, Furphy water carts delivered fresh water supplies to Australian Army personnel, and became popular gathering points where soldiers exchanged stories, gossip and rumours.

The relationship between Furphy and brewing goes beyond the name, however, with the company supplying beer tanks to the Little Creatures Brewery in Geelong in the modern day.

Furphy is currently available in bottles and on tap across Victoria, with cans set to hit bottle shop shelves from late-April.