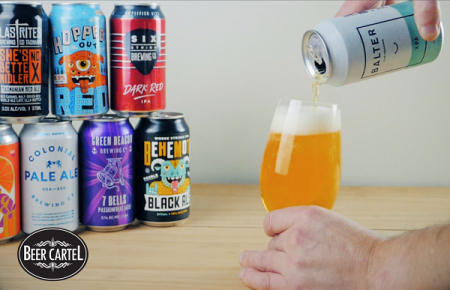 Craft beer retailer Beer Cartel has launched the third edition of the Australian Craft Beer Survey, which is designed to better understand the attitudes of Australian craft beer drinkers.

The 2018 survey will build on the two previous studies, which took place in 2016 and 2017 and saw over 23,000 craft beer drinkers participate, and aims to be the most comprehensive, publicly released research ever undertaken with Australian craft beer drinkers.

Richard Kelsey, director of Beer Cartel said while the study will measure changes in craft beer habits over the past year it will be particularly interesting to see how three breweries; 4 Pines, Feral Brewing and Pirate Life are viewed. Each was purchased by a large multi-national company at the back-end of 2017.

“Last year the survey found a strong preference for beer produced by independently owned breweries. At the time beer drinkers rated Pirate Life as Australia’s best brewery, with Feral Brewing second. It will be interesting to see if perceptions have changed and if the buy-outs have had any influence on consumer purchase habits,” said Kelsey.

The survey is also looking at the recently-launched Independent Brewers Association Independence Seal and how it is likely to impact consumer purchase behaviour.

The results of the study will be made public and Beer Cartel is also offering businesses that support the survey the opportunity to get a tailored report.

Beer Cartel said the survey takes five minutes to complete and the retailer is offering a $500 prize to spend on craft beer to encourage people to complete the survey.

You can take part in the 2018 Australian Craft Beer Survey here.