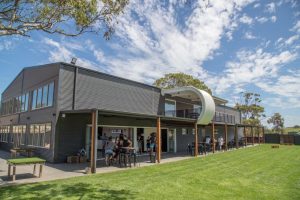 Swell Brewing Co has opened its own brewery and taphouse in McLaren Vale, SA, seven years after founders Dan and Corrina Wright started the company.

All of the brewery’s water will come from rainwater, while the taphouse will feature 16 taps selling Swell beers and local brews, as well as local wines, juices and sodas.

“It was always our dream to have the taphouse,” says Dan Wright. “It was just a matter of when did we put all our livelihood into it and have a go. We’ve been in the industry a fair while, but didn’t have the funds to build it from scratch and hope that it worked. I’ve been pretty conservative in the way I’ve run the business.”

The couple previously tried to open their own brewery three years ago, but ran into trouble with the council and licensing in the local area, but after six months of building, seven years of brewing and 10 years of planning in Dan Wright’s mind, Swell Brewing is finally opening its doors, with a pre-launch party on Australia Day attracting over 1,500 through the door. 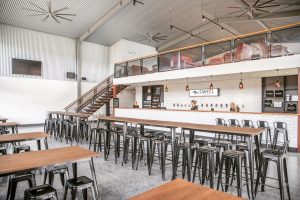 “We haven’t got the kit on-site yet,” says Dan Wright. “We’re still waiting for that to arrive, but it will be an 18 hec, three vessel brewhouse and we’ll have five to eight fermenters on-site. We’ve got 900 sq m of lawn and a couple of hundred sq m of retail space.”

Swell has been brewing out of Bickford’s in recent years, having previously brewed at Mildura Brewery, then Southern Bay Brewing and then Vale in Warralunga, five minutes from the Wrights’ house.

“I started the nomad brewing when I started brewing at Vale,” says Dan Wright. “It was a five minute drive down the road, which made it much easier and the beers got dramatically better. 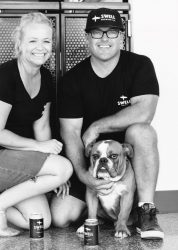 “Then Vale got bought out by Bickford’s, so we’ve continued that relationship while we’re waiting for our brewery to be delivered.”

Swell Brewing has five core beers – a golden ale (which won the Australian Pale Ale trophy at the AIBAs in 2016), a new world lager in pilsner style, an American pale ale, an American amber ale, a West Coast IPA and a cloudy cider. They will continue to brew these at Bickford’s for wholesale consumption, and Dan is looking forward to brewing new styles that will be sold from kegs in the taphouse.

“Once I’ve concentrated on my retail space and the taphouse and everything is moving smoothly here, then I’ll be able to put more effort back into the wholesale business and get some national distribution,” he explains.

Dan Wright named the brewery for his 35-year love affair with surfing. After this process, he believes that the keys to opening a brewery is to get the “right advice for your intended end game from a consultant early” and to “put in your application as soon as possible”.

“You don’t have to actually build for five years, but it might take you three to get it (the application) through,” he says. “That would be my advice. You’ve got to have a passion for business and beer, and not be scared of long hours.”