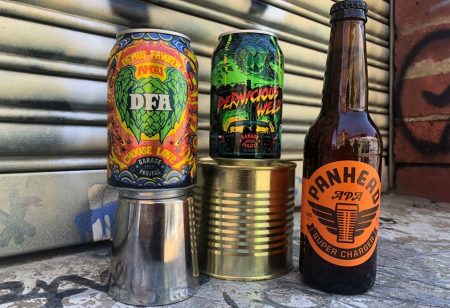 Wellington brewery Garage Project has dominated the GABS Hottest 100 Kiwi Craft Beers for 2018, taking out first place with its Pernicious Weed, second with its DFA, and landing a total of 25 beers on the list overall.

Completing the podium was Panhead’s Supercharger American Pale Ale, which dropped from the top spot that it occupied in 2016 and 2017 down to third place overall.

Co-founder of Garage Project Jos Ruffell described the result as “fantastic” and told Beer & Brewer that it was “brilliant” to see both Pernicious Weed and DFA – formerly known as Death From Above – resonating with so many Kiwi drinkers.

“Given the quality and range of beer available here, we’re proud to be represented on the list and encouraged to see such an eclectic mix of beers that are earning drinker’s votes,” he said.

“We have a wonderful crew that make GP possible and given the sheer amount of passion and work they put in every day we were hopeful of a good showing, but to get 25 on the list even took us by surprise!”

Since opening in 2011, Garage Project has carved out a loyal following of drinkers attracted to its hugely prolific and often progressive beer output, and it’s this creativity that Ruffell credits with Garage Project’s runaway success.

“It does seem like there is a growing audience looking to try something new, and our beers are hitting the mark for them. At the end of the day, we brew what excites us and release them in a way we think is interesting and unique. It’s great to see people responding to that.”

Auckland-based Behemoth Brewing – which trades in Australia as Chur Brewing – also had a stellar showing in the 2018 countdown, landing in 4th, 5th and 7th place for its Lid Ripper, Snow Mexican and Dump the Trump beers respectively, and earning a total of 16 beers on the overall list.

Other notable performances in terms of total number of beers on the list include 8 Wired with eight, Epic, Liberty and Parrotdog with six each, and Deep Creek and Panhead with five apiece.

Another standout statistic from the countdown was the number of beers in the Hottest 100 made by independent breweries – 93 – leaving only 7 spots on the list for the big boys. That figure included five beers from Panhead and two from Emerson’s, both owned by Lion. So how does Ruffell rate the idea that independence is of growing importance to Kiwi craft drinkers?

“It does seem to be important, but then again, the number one beer for the last several years has been from a Lion owned brewery,” said Ruffell, in reference to Panhead. “So it seems important in one context, but for some drinkers, not critical.

“It is encouraging to see the efforts of independent breweries being recognised and supported in the list though, as they are the breweries that are really sticking their necks out to push brewing and beer forward.”

You can view the full GABS Hottest 100 Kiwi Craft Beers list for 2018 here.