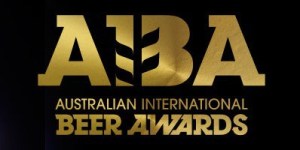 Entries, which opened on Tuesday 5 February, will close on Friday 22 March, with judging taking place from 8-10 May. The Awards Presentation will be held on Thursday 16 May.

Due to an increase in entries, the 2019 AIBA will see the introduction of two new trophies – Best Fruit Beer and Best Wood or Barrel-Aged Beer. Previously, Gold Medal winning Fruit Beer and Wood- And Barrel-Aged Beer entries would compete with entries from the Herb & Spice, Honey, Smoke, Chocolate & Gluten Free Beer classes for the Best Specialty Beer Trophy.

The two trophies and their classes are:

In addition, there are plenty of major trophies on offer:

“The AIBA inspire and celebrate excellence in brewing and are open to breweries around the globe of all sizes, from boutique small volume to large-scale commercial production, attracting over 2,100 entries from 359 breweries in 36 countries,” a spokesperson for the AIBA announced.

Around 80 local and international beer experts will be chosen as judges and split into panels of no less than four judges to assess different types of beer. Beers are awarded a score out of 20 against specific criteria including appearance, aroma, flavour and body, technical quality and style.

Any beer can win a gold, silver or bronze medal based on its score. Any beer that scores 17 points or higher will be awarded a gold, 15.5-16.9 points is a silver and 14 – 15.4 is a bronze. To determine trophy winners, all the highest-scoring gold medal winners in the category are then tastes against each other one more time so the judging panel can determine which is considered best.