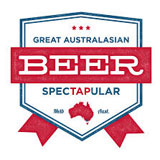 Organisers of the Great Australasian Beer SpecTAPular (GABS) have announced that their event will now be forming part of Good Beer Week (GBW), starting with this year’s GBW in Melbourne.

Good Beer Week kicks off on 17 May, 2014 – with GABS running during the final three days of the nine day festival. This year, the event will feature more than 250 beers from 130 different brewers – and organisers are expecting around 120 “creative and modern artisan” beers to be brewed specifically for the GABS event by Australian and international brewers, providing a powerful capstone for roughly 200 other GBW events around Melbourne and Victoria.

Good Beer Week Founder and Festival Director, James Smith said in a statement, “Like Good Beer Week, the Great Australasian Beer SpecTAPular has played a key role in raising the profile of the Australian beer scene here and abroad. Working in tandem for the 2014 festival will help us create one of the greatest beer weeks on the planet and will ensure the good beer message reaches a bigger audience than ever before.”

GABS co-founder Guy Greenstone added, “As both festivals are about promoting and appreciating fantastic craft beer and the people behind it, we are delighted to join forces with Good Beer Week to create a world class beer experience for visitors.”

For more information, head along to the GABS or GBW webite.