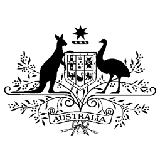 If you head for the bottle-o this afternoon, only to find that your favourite drop is a bit pricier than it was last week, it’s because the six-monthly automatic excise increase took place on 3 February, 2014.

The increase amounts to an extra 29c per case of full-strength beer, and 11c per case of light beer. The tax increase on a six-pack will add about 8c each to the price as well. Spirit drinkers haven’t missed out on the increase – a standard 700ml bottle of spirits will cost an extra 38c, while the excise on a case of RTD mixed spirits went up 66c per case.

The increase has prompted another round of calls from the brewing and distilling industries in Australia for the government to overhaul the excise situation – which was closely followed by yet another round of deafening silence.