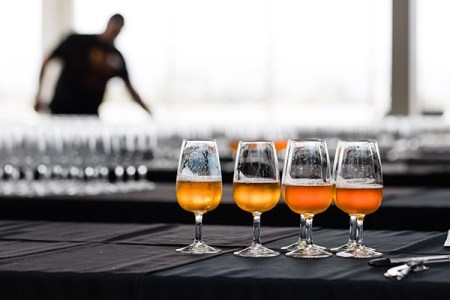 ‘The Indies’ have undergone a transformation, with independence the key tenet underlying the competition. Other changes include the opening of entries to international brewing companies, as well as a restructure of the competition trophy categories.

“Independence is a word that carries enormous meaning in the consumer beer market”, said IBA Chair, Ben Kooyman. “Independence communicates the passion, commitment and connection of the brewers and staff to their beer, the beer drinker and the local community.”

“The Indies reward excellence and quality in the independent beer market,” he added. “”Beer drinkers are discerning. They care about who makes their beer and demand quality experiences. This underpins a brewer’s quest for quality. When a beer carries a medal from ‘The Indies’, a beer drinker can know they are buying a high quality beer from an independent business that works extremely hard to get that beer out there in their hands.”

Katherine McLean, Competition Manager and Head of Events for the IBA says the decision to invite international independent brewing companies is three-fold: it strengthens the global movement toward independence, reflects consumer choice for the beer drinker in Australia and underpins the future growth and relevance of the competition.

“The revisioning of the awards is the perfect time for bold decisions,” said McLean. “Competition in our industry is healthy. We have started with humble aspirations inviting international brewing companies and no doubt this foundational move will change and grow as the competition grows.

“The Indies will showcase the extraordinary national and international independent beer that is available on the Australian market.”

The Champion Trophy categories have also been restructured; according to the IBA, this will “better reflect the judges’ experience of entered beers”. For example, in previous iterations of the awards, all French and Belgian styles – from Lambics to Quadruples – had to face off in the ‘Champion French and Belgian Styles’ category, despite their sensory differences.

“By re-ordering the beers into different categories, we are creating a more level playing field for the entered beer and assisting judges to make excellent decision when awarding champion trophies,” said Michael Capaldo, a member of the independent think-tank of experienced judges advising the Indies.

Entries to the Indies closes on Friday 11 May, 2018. The Awards Ceremony will be held on the evening of Thursday 28 June at Paddington Town Hall in Sydney, concluding Brewcon 2018, the annual brewers’ conference.