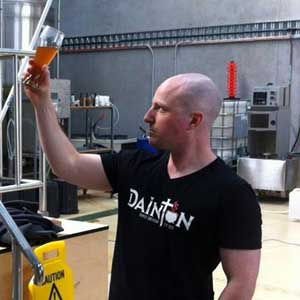 Victorian craft brewers Dainton are all set to release their second beer, called “The Good Son” – it’s a golden ale, which is describe as a “sessionable brew that delivers devilishly delightful esters and unique hop characteristics.”

Made with a specialty Belgian yeast strain, alongside Japanese and German hops and mainly Australian malt, it promises to provide a zesty, summery delivery to the palate.

To celebrate the launch, Northdown and Dainton are holding a little get together on Sunday, September 29 at the Spotted Mailard, in Brunswick, kicking off at 7pm. To be among the first to try the new drop, and to shake hands with the men who made it, get along to the launch party.