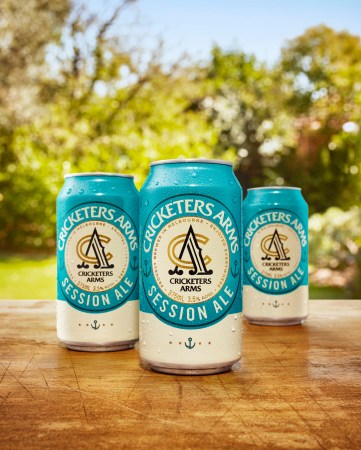 Cricketers Arms has added the Session Ale to its line-up, a 3.5% ABV ale that the company says is aimed at consumers looking for a mid-strength craft beer that doesn’t compromise on taste.

Session Ale is brewed with three types of hops: Super Pride, Cascade and Amarillo, and is a refreshing easy-drinker that “will keep you anchored at the crease all afternoon, from last drinks to tea.”

Hamish McArthur, Cricketers Arms Brewer, said: “Session Ale proves that your beer doesn’t need to be high strength to taste good, with the 3.5% ABV tasty as ever.

“With an IBU of 26, this refreshing ale is hoppy but not especially bitter, balanced with full malt character from three malts and three hops, including our Cricketers Arms signature Amarillo hops.”

Sarah Wilson, Brand Manager for Beer at Asahi Premium Beverages (who own Cricketers Arms), said that the brand saw an opportunity in the market for full flavoured, mid-strength beer.

“Mainstream mid-strength beer and craft beer have both outperformed the market, growing at +21.5% and +9.3% respectively and there is no sign of this slowing down. The craft beer can market has also more than doubled in size, with +110.7% value growth,” Wilson explained. 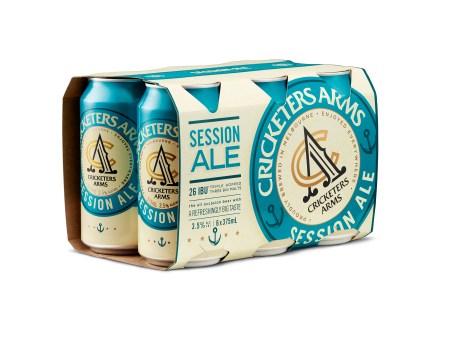