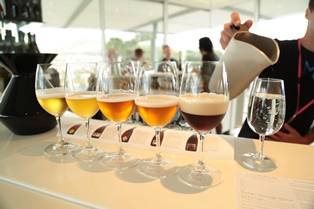 For the first time on record, the number of Australian adults consuming craft beer in an average four-week period has increased to more than one million, defying the downward trend of local mainstream beers.

Work conducted by Roy Morgan Research shows the proportion of Aussies aged 18 and over who consume local craft beer in any given four weeks has quietly increased over the last five years, from 3.5 per cent (592,000 people) in the year to March 2010 to 5.7 per cent (1.04 million people) as of March 2014.

This trend is all the more significant for bucking the overall decline in domestic beer consumption, which has seen the number of people drinking local mainstream beer in an average four-week period fall from 6.1 million (36.7 per cent of Australian adults) to 5.8 million (31.9 per cent) over the same period.

The growing popularity of local craft beer is being driven predominantly by those under 50, with 25-34 year olds leading the way. In 2010, 7.9 per cent of 25-34 year olds drank craft beer in an average four weeks, but this has since grown to 10.7 per cent.

NSW and Queensland craft beer lovers have taken to it with particular zeal. Between 2010 and 2014, NSW’s craft beer drinkers grew by 186,000 people, while in Queensland an extra 99,000 developed a taste for it.

“In positive news for the Australian beer market, the last five years have seen local craft beers fighting the increasing popularity of imported beers. However, what the local craft market has gained appears to be at the expense of the local mainstream beers,” said Angela Smith, Group Account Director – Consumer Products, Roy Morgan Research.