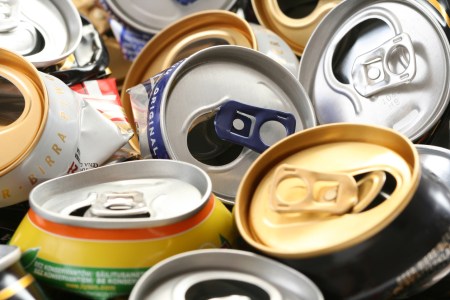 Last month Beer & Brewer told you that the price of beer was set to rise by at least $3.50 per carton in preparation for the NSW Government’s Container Deposit Scheme (CDS).

The CDS is set to commence in NSW on 1 December. On this date there is supposed to be 500 reverse vending machines (RVM) positioned around the state for consumers to easily return their bottles and containers and redeem a 10c refund.

The Liquor Stores Association NSW/ACT (LSA) has learned that the NSW Government will not be ready by the date of 1 December and in fact only 200 RVMs will be in place.

This means that consumers will still be paying a minimum of $3.50 more per carton of beer, but may not have the ability to go and collect their 10c return for their bottles.

The LSA has branded the scheme a “shambles” and has called for bipartisan support to either delay its implementation, or scrap it entirely.

LSA Executive Director Michael Waters said: “The details of this overly complex, poorly crafted, rushed and very badly communicated ‘scheme’ have been drip-fed to industry and often subject to change.

“We are completely at a loss as to how this regime even snuck through Parliament when the original Regulatory Impact Statement showed it was going to be a $1 billion hit to the pockets of NSW consumers with only negligible environmental benefits. The big winner from the scheme appears to be the NSW Government, estimated to add another $15 million a year to their coffers as a benefit from increased GST revenue.

“Retailers and suppliers alike have so many questions that have simply been ignored or unanswered in these critical past few months, and what’s worse the NSW Government seem to be doing everything in their power to avoid letting the community know what the real impact to consumers’ hip pockets will be.

“It’s clear the Minister doesn’t even understand the fundamental price impacts of her own scheme. Her comments on radio this morning suggested that retailers who are now charging around $4 more for a case of beer are simply ‘price gouging’ and ‘opportunistic’ were an insult to our members at the coalface copping the backlash from our customers.

“For retailers to recover the full cost impact of the scheme, the price of drinks sold in bottles, cans and PET will increase by at least $3.50 per carton (24) initially from 1 November 2017, which the Minister should be aware of as it was announced by the Scheme Coordinator on 18 August 2017.”

The attached infographic, developed by the LSA helps to explain the full cost impact of the scheme.

“NSW is a big state, and to only have 200 collection points available on 1 December, and only a fraction of the 800 expected reverse vending machines expected means consumers are paying more for their favourite drink with no ability to conveniently get their 10c back – there’s no return, and no earn…just a new tax on consumers!

“The beverage industry, and importantly NSW residents expect, and indeed deserve more, from our elected public servants, and as such we call on the NSW Parliament to recycle this disgraceful scheme”, added Waters.