Northdown Craft Beer Movement, distributors of Beer Here, Norrebro and more, teamed up with Christian Skovdal Anderson (of Beer Here, Denmark) while the famed brewer was recently in Australia to create a few exclusive brews of their own. Renting out a bit of spare capacity at a few breweries the team managed to sneak in a couple of brews that are, of course, exclusive to Northdown. 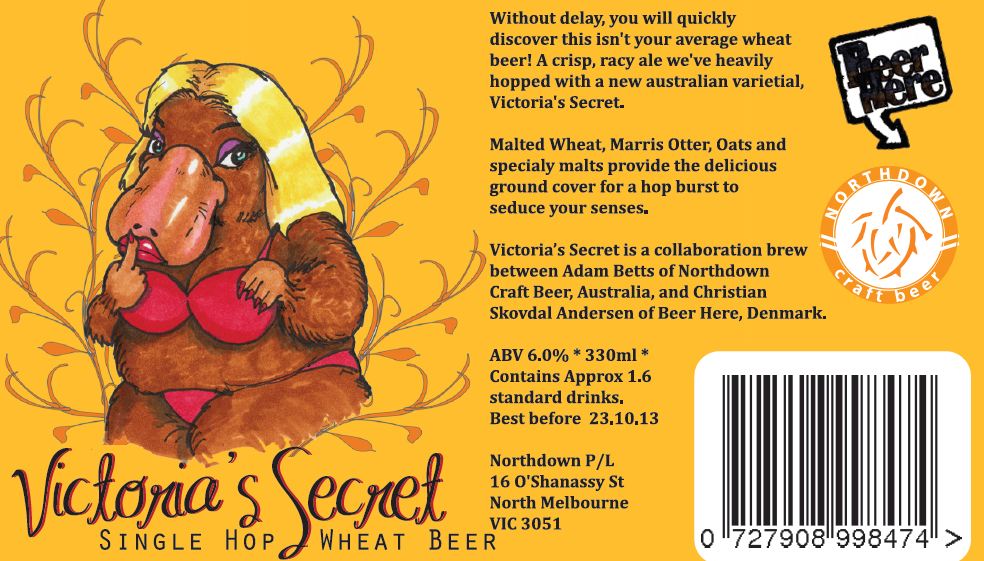 Their first brew is named Victoria’s Secret, and features a rather sinister looking platypus on the label. The brew is reportedly a hoppy Wheat Beer with a 6% ABV, malted with wheat, Marris Otter to create a beer dominated by huge aromas and flavour of fresh pineapple, passionfruit, pine and melon from the new Australian aroma hop variety – Victoria’s Secret (a whopping12 kilograms of whole-leaf hop flowers were used in this brew basically utilising Imperial IPA hopping levels in a Wheat Beer). The brew is available in 330mL bottles in cases of 24. 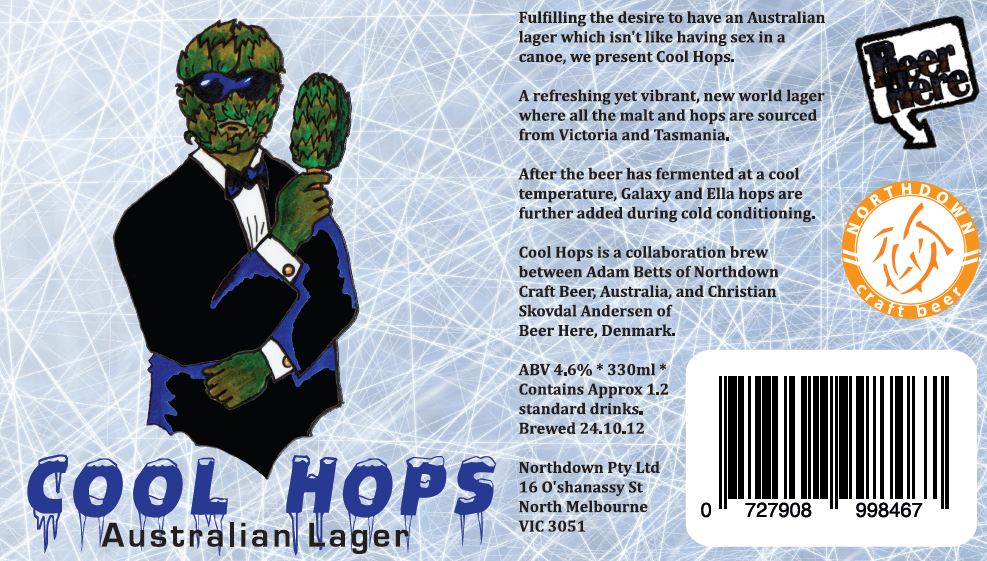 The second collaboration is named Cool Hops and is a dry-hopped Australian Lager. According to the Northdown lads, this brew is a refreshing yet vibrant, new world lager, with all the malt and hops having been sourced from Victoria and Tasmania, making it Australian in every sense of the word. Galaxy and Ella hops were used exclusively throughout the brew and dry hopping, and the batch has been bottle/keg conditioned ensuring a fresh, creamy, smooth texture with a dry, hoppy finish. This brew is to become a permanent fixture in the Northdown catalogue with kegs and cases available.