In an open letter sent to Thunder Road last Friday, CBIA (co) Number One Beer Enthusiast, and Leader of the Greens, Senator Christine Milne has responded to Thunder Road CEO Philip Withers regarding his concerns.

The letter is in response to Withers’ concerns about local councillors from the Greens Party opposing developments at his brewery, something that the Greens’ Leader is on record as saying her party supports for the craft beer industry as a rule. 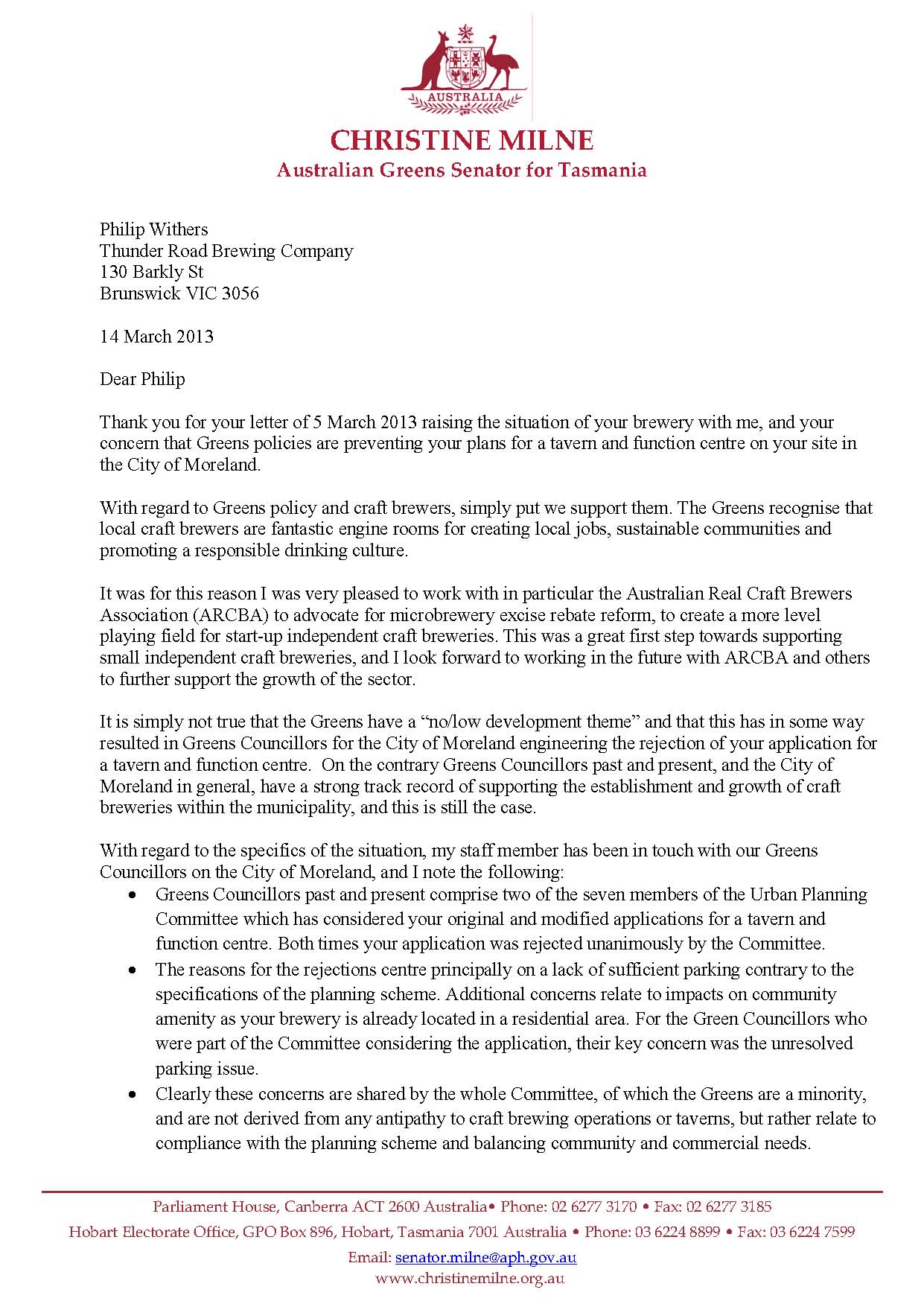