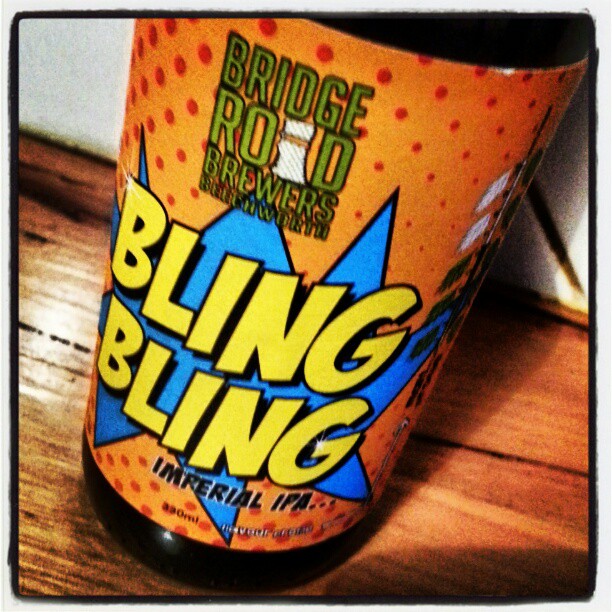 Ben Krauss and the team at Bridge Road Brewers have certainly been busy with a stack of new brews hitting the shelves recently.

Today, March 20 sees the launch of their Bling Bling IIPA – the Imperial version of the very popular Bling IPA.

And they will also soon be dropping the next collaboration brew in their series with Nonge O. According to the team, it will be an extension of what they have done with the Aurora Borealis and Aurora Australis beers – again creating a beer in Australia to ship to Norway, while Nogne O will create the Norwegian version to ship to Australia.

And both of these brews come on the coat tails of Waldo their collaboration with the newly formed Edge Brewing Project – started by Adam Bets at Northdown Craft Beer Movement – and the well known Christian Skovdal Anderson of Denmark’s Beer Here.

The bright pink-orange brew is a Mixed Berry Saison that features blueberries, raspberries and strawberries.

Fans can track down the brews at Bridge Road stockists.