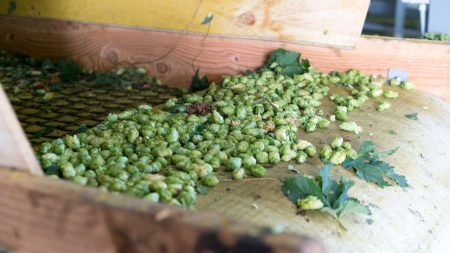 Once a year, Bridge Road Brewers releases two wet hop beers to celebrate the season’s hop harvest. And while the beers are undoubtedly tasty, it is the brewing process – and the community ties with a local hop producer – that makes them really special.

Bridge Road Brewers was established in the small Victorian town of Beechworth in 2005 by Ben Kraus, a winemaker turned brewer. 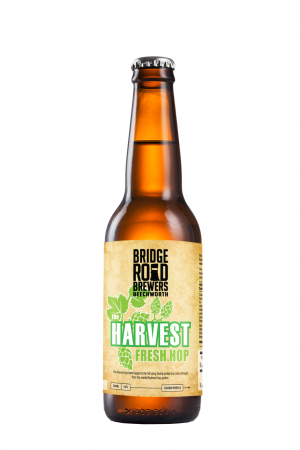 In the early days of the brewery, and with local hop gardens in nearby valleys in decline (and historically focused on the hop as an export commodity) Kraus relied heavily on imported hops from the northern hemisphere.

However, towards the end of last decade, local hop producer Hop Products Australia (HPA) started to produce a broader range of hop varieties for use in the craft beer world – most famously Ella and Galaxy – and Bridge Road took notice.

This direct access to world class hops grown almost on its doorstep has been a coup for the brewery, and its close relationship with HPA has also resulted in an annual wet hop beer release.

Unlike their more common dry hop cousins, wet hop beers require the brewer to use fresh hops that haven’t been dried or processed, often within only 24 hours of being pulled off the vine. 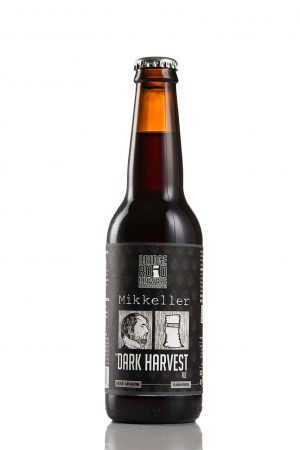 Bridge Road’s Hop Harvest beers are made once a year using this method, and are debuted at the High Country Hops Festival before being released into the wider market.

Despite this rapid turnaround from farm to brewery, hop selection for the two annual harvest beers produced by Bridge Road – the Harvest and Dark Harvest – actually begins a year ahead of brewing.

Dried samples of potential varieties are studied using the ‘rub and sniff’ method, with Kraus and Head Brewer Steve Matthews independently taking notes on what they see and smell, before cross checking and discussing their findings.

While stone fruit and melon aromas might be common in some varieties, others such as the mighty Galaxy hop display passionfruit and other tropical fruit characters.

Once the favourites are selected, the hops are used in trial batches to see if the aromas translate into desirable beer characteristics, and are analysed individually again by the team before they compare notes.

From here, less desirable varieties are eliminated from the pool to create a shortlist; Bridge Road then go back to HPA to ensure the required quantity of hops is available. 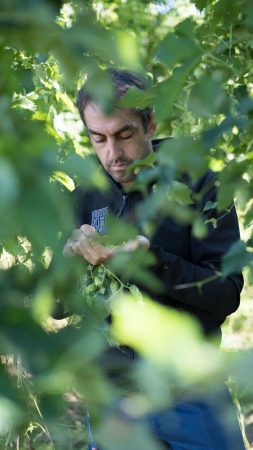 The final selection requires one last check in the field to assess if the quality of the new season hops is as expected.

“Selecting hops is probably my favourite part of the brewing year,” says Kraus. “I get a buzz out of visiting the farmers and seeing how much effort they put into their own craft and the pride they take in doing so.

“The harvest days themselves are better still – even the air on the road outside the farm is rich with hop aroma, and the closer you get to the picking sheds the more intense it becomes.”

Once picked, the hops are back into the van and straight to the brewery. And timing is critical – experience has shown that using the hops immediately or within 24 hours leads to the best results.

From brew day, it’s around three weeks until fermentation is complete, before the beers are bottled or kegged.

Then all that’s left is to crack one open. 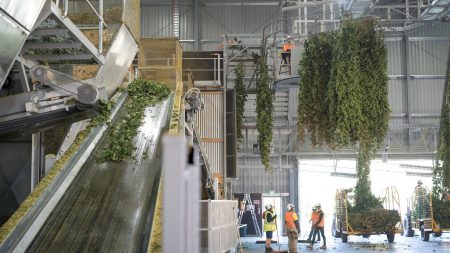